Filipinos in Singapore find piece of home in basketball 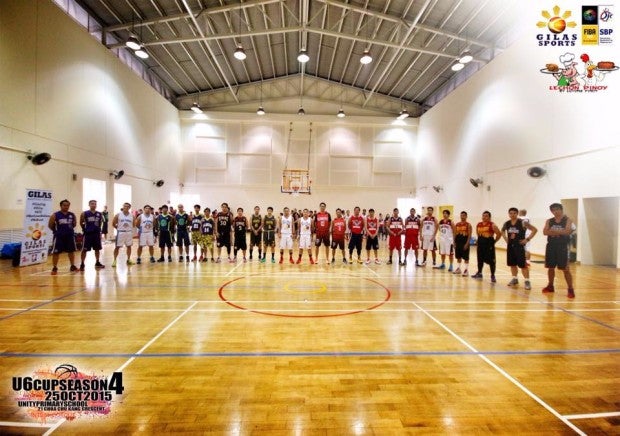 Even miles away from the Philippines, Filipinos can find a piece of home in a leather ball and a hoop.

It’s no different in the small yet bustling country of Singapore, where basketball-loving Filipinos turn to the sport to help ease the longing for home and build stronger connection within the Overseas Filipino Workers community.

With close to 200,000 Filipino professionals, skilled and domestic workers based in Singapore, several basketball leagues have sprung to accommodate the passion for the sport for the likes of Guiao.

IT operations manager Rolando Prado, a certified basketball fan who also owns the Lutong Pinoy restaurant located at Lucky Plaza Mall along the famous Orchard Road, said the basketball in Singapore is no different from the competition back home. There is no shortage of tournaments here for the OFWs with leagues among IT professionals, inter-school tournaments pitting alumni of schools from the Philippines or those simply for recreational purposes available.

Prado, who is managing several Filipino ball clubs, himself has his own team named after his popular diner. Lutong Pinoy won the IT Basketball League last season and is set to compete in the finals on April 2. In the Philippine Schools Alumni Basketball League, where any Singapore-based graduate of the participating schools could join, Mapua Institute of Technology bested Holy Angel University for the championship last week.

Prado, who has been in Singapore for 16 years, recalls the time when there had only been one league for OFWs—but with boom in employment opportunities came more players and more tournaments.

In fact, in the Gilas Basketball League Singapore, there are more than 20 Filipino teams in the 5’10 and below and 5’8 and below categories competing every weekend. Marvin Artificio, a permanent resident in Singapore who is working at a consultant firm, is one of those who have taken advantage of the thriving basketball competition among Filipinos here.

His team “Team Parekoy,” made up of Filipinos working in construction, gas and oil, and IT, participates in tournaments like Blessed Cup, FilOrg, Ang Mo Kio League and Sembawang Basketball League.