Filoil tournament tips off on April 30 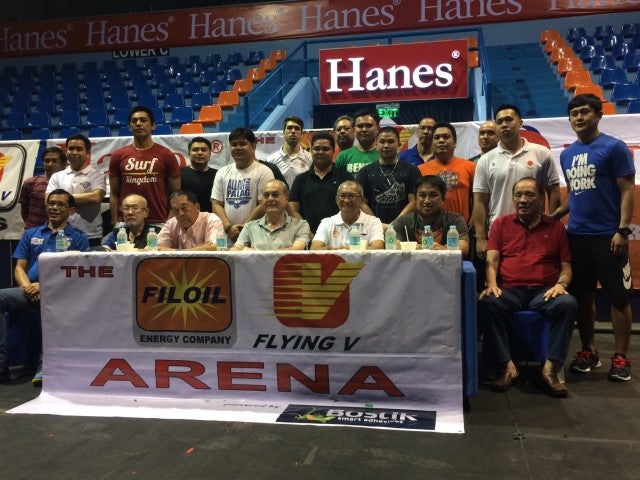 Top teams from the UAAP and the NCAA get their feet wet in the 10th edition of the Filoil Flying V Preseason Premier Cup which tips off on April 30.

Sixteen squads, separated into two groups, will slug it out for the right to be named as the kings of the preseason in the seniors’ division.

Group B, on the other hand, is composed of defending preseason champion San Beda, reigning NCAA titleholder Letran as well as UAAP heavyweights Ateneo and La Salle. Rounding out the group are Adamson, Lyceum, Mapua, and University of the East.

Despite the absence of those squads, tournament director Joey Guillermo believes that the interest of basketball fans especially students of respective participating schools will still be able to make this year’s preseason tournament exciting.

“This year’s stories will still be about the teams just like in 2011,” he said during the coaches’ meeting on Monday. “Back then, the excitement were brought about by new players coming in like Kiefer Ravena, Greg Slaughter, and Bobby Ray Parks. Now, the interest is because of the changes of coaches, the ones behind the stories, and the rebuilding of the teams. That would always provide the interest of watching the games.”

Meanwhile, the juniors division will feature 10 teams, which are also divided into two groups.

Group A will be made up of Arellano, FEU-FERN, LSGH, Malayan, and NU, while Group B consists of Adamson, Ateneo, La Salle-Zobel, Lyceum, and San Beda.

Teams will be allowed to field in 20 players, with two replacements allowed up to their third game.

The format is single round-robin, with the top four teams in each group advancing to the crossover quarterfinals. A knockout semifinals will take place followed by a and winner-take-all finals.

Games will be held at refurbished Filoil Flying V Centre in San Juan.

Also, with last year’s incident involving the death of JRU Light Bomber CJ Servillon, the league has also asked teams to submit a medical clearance for every player, ensuring that they are fit to play.