Anderson Silva out of UFC 198, may need gall bladder surgery 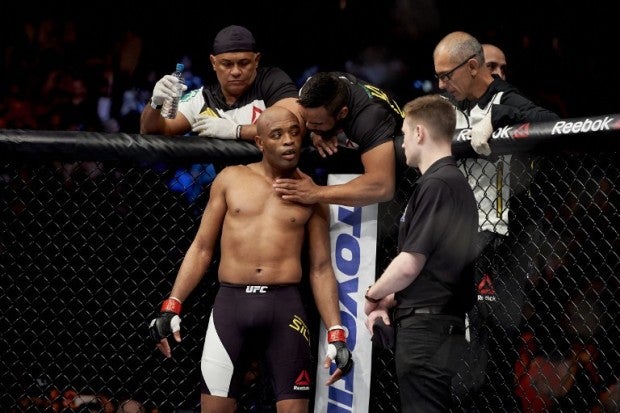 Anderson Silva will miss UFC 198 in what would’ve been his homecoming fight vs Uriah Hall in Curitiba, Brazil due to health issues.

According to Kevin Iole of Yahoo! Sports, Silva, the former UFC middleweight champion, was forced to withdraw from the card after feeling pain in his abdominal area.

Jeff Davidson, UFC’s medical consultant, told Iole that Silva may need to go under the knife for a possible gall bladder surgery.

“Anderson developed abdominal discomfort [Monday and] further evaluation today is consistent with acute cholecystitis,” Davidson said Wednesday (Manila time). “He will be seen by a surgeon today for possible surgery.”

“Cholecystitis is inflammation of the gall bladder and is a primary reason patients have their gall bladders removed,” Iole wrote.

Iole also said White plans to keep Hall on the slate as he looks for a replacement following Silva’s withdrawal.