Olympian Lariba finds inspiration in Athlete of the Year award 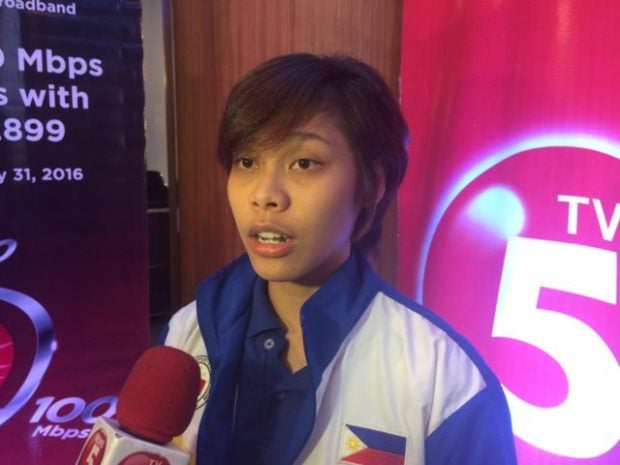 At just 21 years old, the La Sallian paddler became first Filipino to qualify for the Olympics in table tennis.

An Olympic first-timer at such a young age, Lariba needs every source of inspiration she can get and on Saturday, a small glass trophy proved to be just that.

Lariba is one of four Athletes of the Year for UAAP Season 78 with three-time volleyball MVP Alyssa Valdez of Ateneo, swimming MVP Jessie Lacuna of Ateneo, and softball MVP Queeny Sabobo being her company.

“Siguro, this is an inspiration for me to improve more,” said Lariba Saturday during the UAAP closing ceremonies at University of the Philippines’ Bahay ng Alumni in Diliman. “Be better in my training, and to be given this award is such an honor.”

“This will give me a boost in my confidence kaya thankful ako.”

Lariba finished her UAAP career with her third MVP award and her third championship but it’s her achievement as the first Filipina table tennis player to enter the Olympics is the sweetest of all treats.

Lariba secured the last of the 11 spots in her event when she defeated Indonesian Lilis Indriani in the women’s singles of the 2016 ITTF-Asian Olympic Qualification Tournament in Hong Kong back mid April.

In preparation for her tour of duty, Lariba is scheduled to compete in a table tennis tour in Japan and Korea in June and she’ll also compete in the Asian University Games a month after.

Lariba added the Olympics is not something that she would haphazardly barge into, she said she has to take things slowly and not blind herself with early glory.

“Ang Olympics naman one game at a time, one step at a time,” said Lariba. “For sure, mabibigat ang mga kalaban, but we’ll work on it.”