Altamirano impressed by Jalalon: ‘He’s ripe for the pros’ 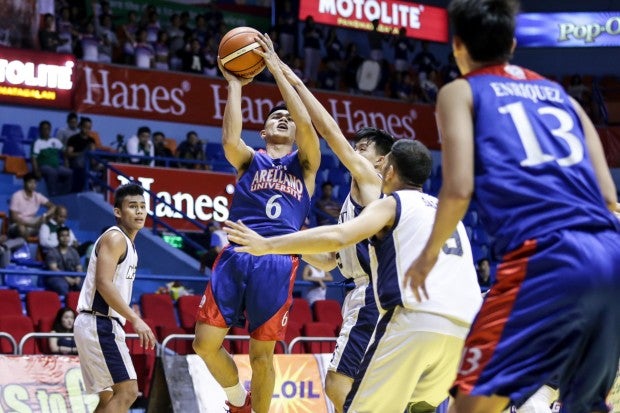 National Univeristy coach Eric Altamirano knew exactly what went wrong in his team’s 94-85 defeat to Arellano in the semifinals on Friday.

Jalalon torched up the Bulldogs with 34 points, six assists, and three rebounds as the Chiefs advanced to the 2016 Filoil Flying V Preseason Premier Finals.

So great was Jalalon that he still even got a shot over Chino Mosqueda, an NU rookie guard who Altamirano regards as one of his team’s elite defenders.

“Chino is one of our best stoppers and pinaglaruan nya lang with the way he played today,” he said.

Jalalon drilled crucial jumpers in the end game which took the fight out of the Bulldogs and sealed the win for Arellano.

“He knows what to do and he’s very mature,” Altamirano said. “He’ll be a player that will be hard to stop this coming NCAA season and he’ll be good for the national team as we