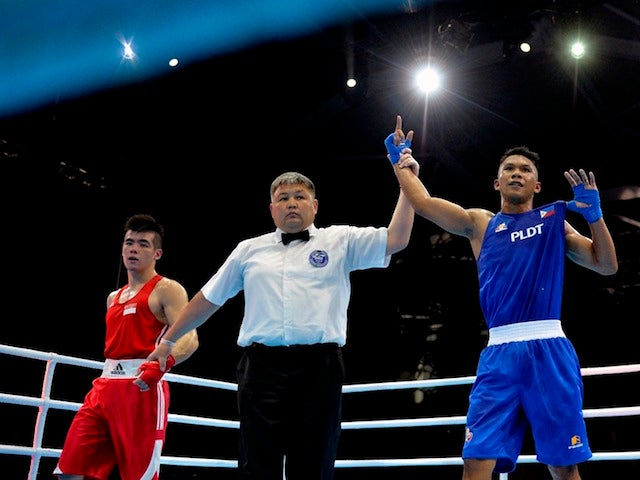 THE PHILIPPINE Olympic Committee is counting on Gilas Pilipinas, three more boxers and a young pole vaulter to snag more tickets to the Rio Olympics.

“We are very upbeat, right now we have already 11 qualifiers, the same number we had in the London Olympics, and there’s a big chance we can even exceed that of Beijing which is 15,” said Romasanta.

He added that the athletes mentioned are “very close to making it,” although he’s still hoping for the best for the handful of Filipinos taking their chances in archery, golf, weightlifting and track and field.

He said Gilas has been doing very well with its preparation for the last Fiba (international basketball federation) qualifying, which the country will host on July 5-10.

Also trying to make it to Rio are four archers led by Youth Olympic gold medalist Gab Moreno who are now in in Ankara, Turkey, Dottie Ardina who is in reserve list in golf, Nestor Colonia in weightlifting, and Mary Joy Tabal in track and field.

Tabal, who already made the marathon qualifying time in Canada recently, is meeting Philippine Amateur Track and Field Association president Philip Ella Juico to help formalize her entry to the Games.