There was no stopping De La Salle from winning.

And on Sunday, the Green Archers put the exclamation point on their impressive campaign in the 2016 Filoil Flying V Preseason Premier Cup, beating the Arellano University Chiefs, 86-74, in the championship game.

Ben Mbala, who was named MVP before the game, showed why he was recognized as the best player and top defender in the tournament with 28 points, 26 rebounds and eight blocks, outshining Chiefs’ do-it-all point guard Jio Jalalon in their showdown.

La Salle, tagged as the hands down team to beat this season in the UAAP, now has four Filoil titles while no other school has won more than two.
All photos by Tristan Tamayo/INQUIRER.net 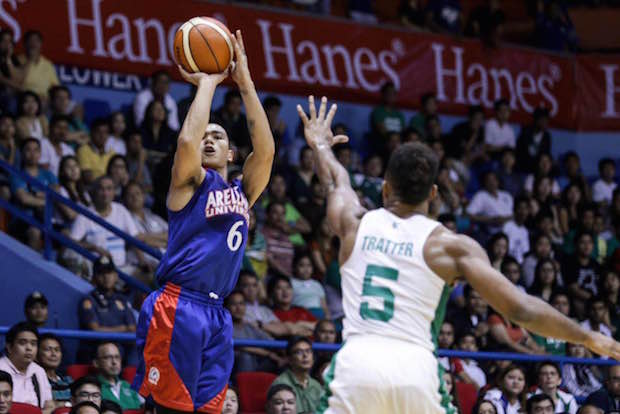