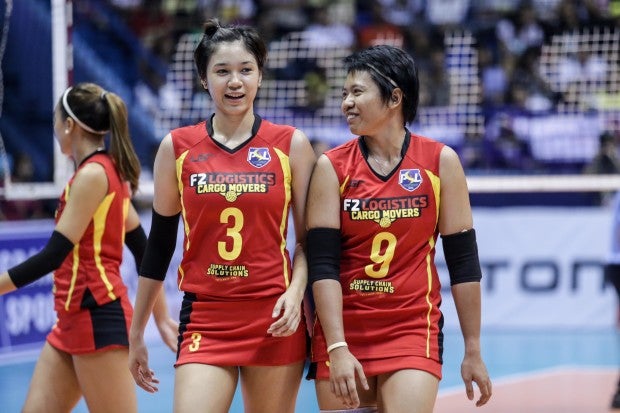 Mika Reyes has always been an undoubted star since she began her playing career with De La Salle.

Her calmly appearance and feisty play has earned admiration from both peers and spectators, but her star power did not matter Friday when the Philippine Super Liga held its try outs for the select team that would compete in the FIVB Women’s World Club at San Juan Arena.

Reyes was just one of the 26 hopefuls, which included other big name players in volleyball, who vied for one of the seven spots for the PSL Select Team.

With just a few spots up for grabs, Reyes is honored to be part of the training pool.

Reyes led five Cargo Movers who participated in the tryouts and all were her teammates in La Salle.

Aby Maraño, another teammate of Reyes in F2 Logisitcs and momentarily in La Salle, did not participate in the tryouts.

Reyes said she’s aiming to be part of the squad but in the event she’s not chosen, she won’t pout and would just carry on with her career.