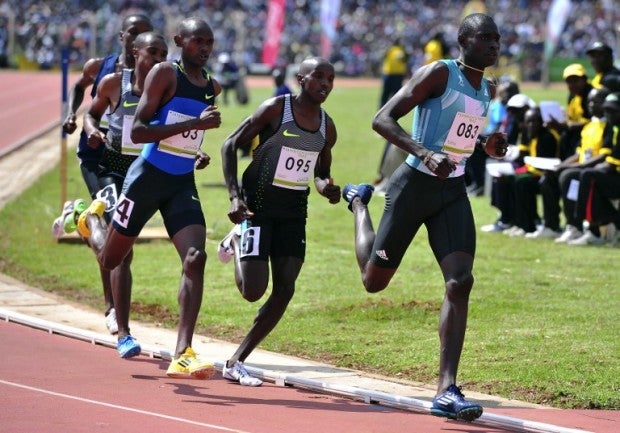 Olympic and two-time world 800m champion David Rudisha ran one of the season’s fastest times of 1:43.4 seconds on the first day of the Kenyan Olympic trials at Eldoret’s Kipchoge Keino on Thursday.

It was a remarkable performance for the 27-year-old after a season of mixed fortunes, and it showed he was getting back to form with the Rio Olympics only five weeks away.

“I felt so good today. My body just responded well,” said Rudisha who leads eight other qualifiers in Friday’s final.

“Tomorrow is very important: the most important thing is to make the team (for the Olympics) and then have one month of good preparation.

“His season up to now has been a bit mixed. However he’s showed signs of gradually creeping back into shape.

“But today, running in altitude, in front of a home crowd, which is an added pressure, he’s suddenly somebody who is again putting down the marker for anybody else who would feel from taking the title from him.

“Certainly I’m optimistic that he is ready for Rio. But he still has a bit of work to do because in the Olympics you have to run three races, which is a bit more demanding. But David has a good five weeks or so to prepare for Rio.”

Another Kenyan athlete preparing for a rebound in Rio is the women’s Olympic 10000m bronze medallist, Vivian Cheruiyot.

Cheruiyot said she is looking forward to winning the gold medal in Rio, which eluded her in London four years ago.

“The gold is the only medal missing from my collection. I’m happy to have qualified for Rio because this could be my last track championships before I progress to the marathon next year,” said Cheruiyot.

For Saina, who could only manage eighth place at the Beijing world championships last August, qualifying for the Olympic was a dream come true.

“I am so happy to make the team. My plan in the race was to stick around Vivian, who has been my hero and mentor, and together we will run as a team at the Olympics”, said the US-based runner, who celebrated her 28th birthday last Thursday.

The two-day championships will come to an end on Friday, before the final Kenyan team for the August 5-21 Olympics, in Rio de Janeiro is selected.