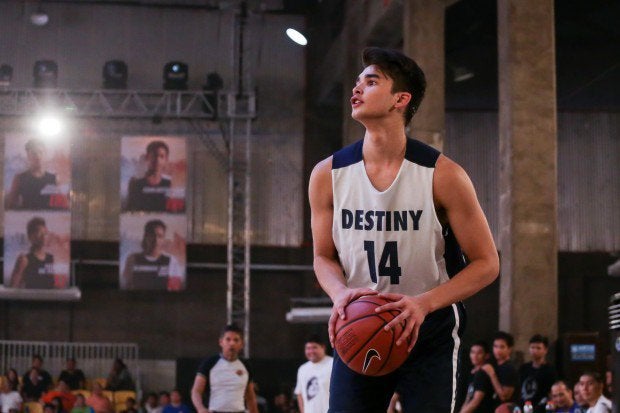 Kobe Paras gets a new lease on life in his collegiate career as he is set to join Creighton.

The second-generation star announced his transfer on his Twitter account @Im_Not_Kobe on Monday, as he said, “I would gladly want to announce that I am taking my talents to Omaha Nebraska. ‪#17000Strong”

Playing for Cathedral High School and his AAU team Compton Magic, Paras was previously recruited and even committed to University of California, Los Angeles.

But the school’s admission department stated that he had academic deficiencies despite passing the NCAA eligibility requirement, prompting Paras to pull out of the program.

Rated as a three-star recruit by ESPN and Rivals, the 18-year-old Paras will be hoping to help Creighton return to the NCAA Tournament after missing out in the past two years.

Shooters Kyle Korver of the Atlanta Hawks and Doug McDermott of the Chicago Bulls, are just some of the NBA players who suited up for the Blue Jays.

Creighton opens its season in the Big East Conference against Wayne State on November 4. RAM