Even on his best day, Nambatac recognizes his faults 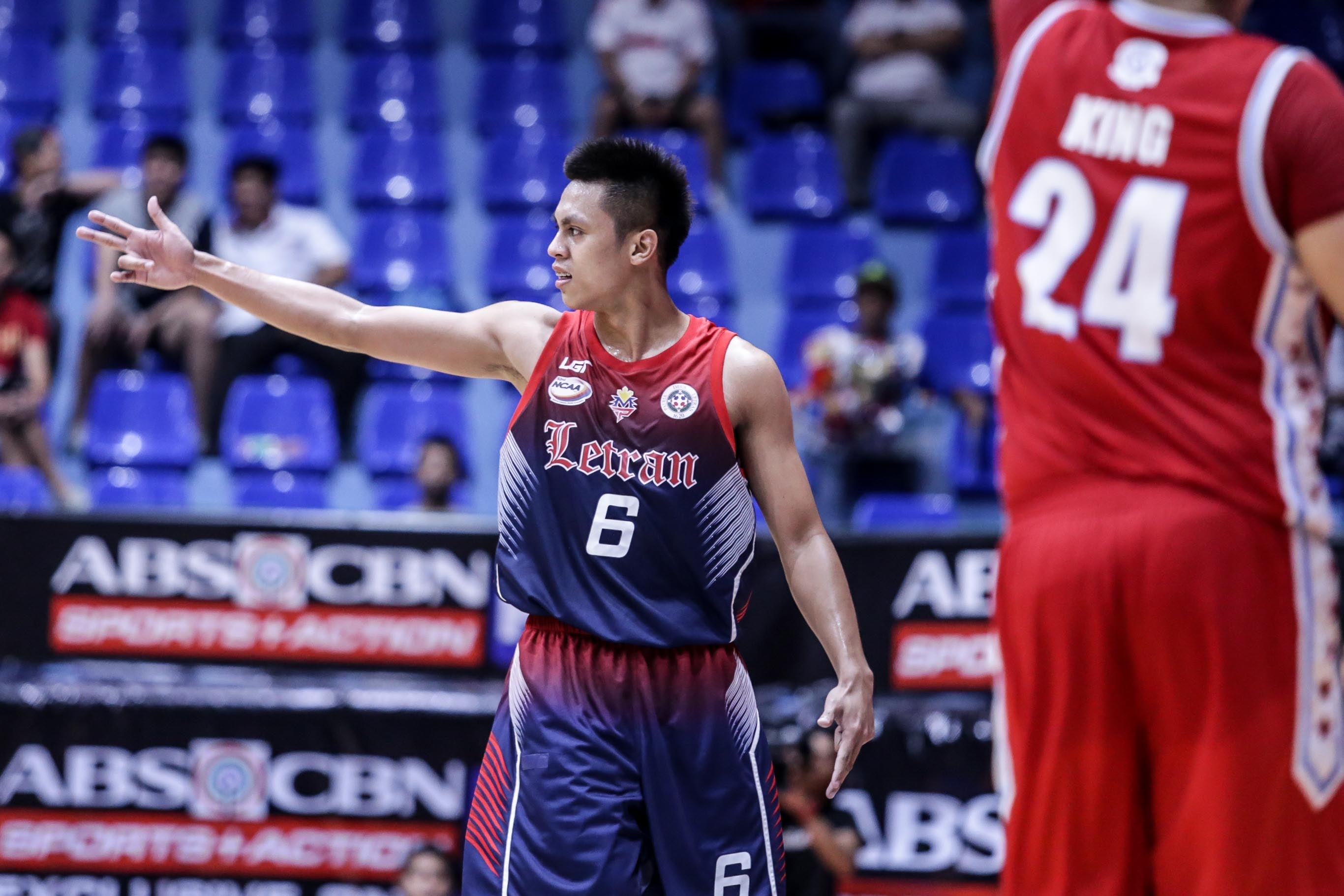 With the game winding down, Letran coach Jeff Napa called the attention of Rey Nambatac after firing a forced three in the Knights’ game against San Sebastian on Tuesday.

It doesn’t matter if Nambatac has been waxing hot for the Knights, Napa still wants the time on the floor to be a learning experience.

Nambatac understood where his coach was coming from and on the next play, he beat his man and drove to the rim against two defenders, dazzling the crowd with a gorgeous up-and-under move to seal the victory for the Knights, 90-77, for their fourth straight victory.

Save for that forced shot that got the ire of his coach, everything Nambatac did was stupendous for the Knights as notched a new career-high of 40 points on a 13-of-24 shooting, 5-of-12 of those from three, to go along with 10 rebounds and dished out two assists.

The team captain, though, knows how to own up to his mistake.

Though there are still times when Nambatac makes his coaches scratch their heads, the 22-year-old slasher is trying his harders to play within the system in the hopes of leading Letran to another title this season.

What is evident, though, is the Knights will go wherever Nambatac can lead them, and the 6-foot guard is embracing the challenge of being the team’s leader on and off-the-court.