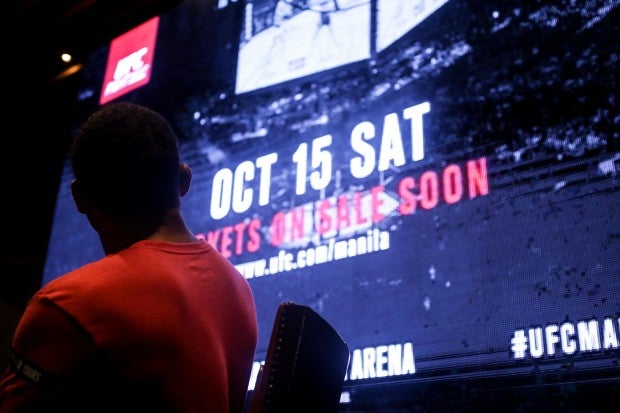 Ultimate Fighting Championship returns to Manila this October as the Mall of Asia Arena once again hosts the mixed martial arts promotion giant.

“The support and enthusiasm from the Philippines have been incredible and we are truly excited to come back to the country this October,” said UFC Asia Executive Vice President & General Manager Kenneth Berger.

“After seeing the demand for UFC in the country, we’ve made it possible for more Filipino fans to experience UFC Fight Night Manila. We encourage fans to stay tuned for more updates on ticket prices and the explosive line-up of fights heading their way.”

Tickets go on sale on Aug. 17, but limited early bird seats will be available on August 10, to be sold in all SM Tickets outlets or through www.smtickets.com. Official ticket prices and fight card are yet to be announced.