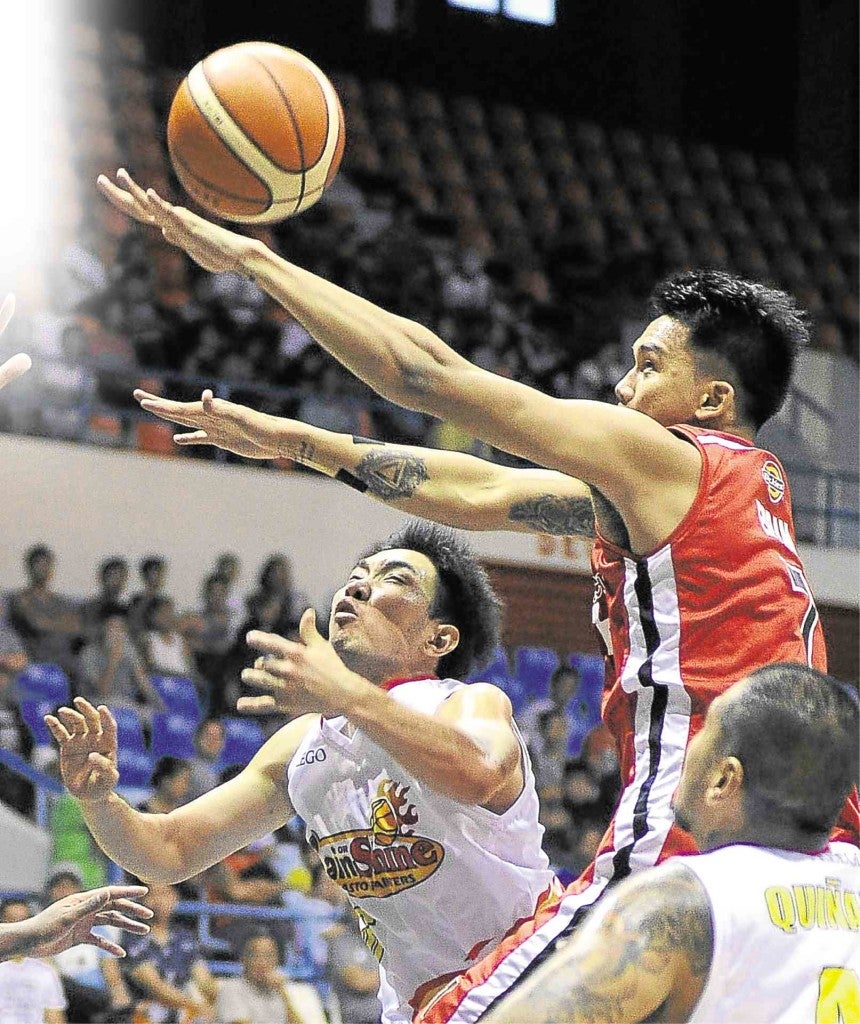 ANTIPOLO—Jason Castro scored 26 points and had 10 assists, striking hardest in the fourth quarter last night to lead TNT KaTropa to a come-from-behind 120-118 win over Alaska and into a share of the PBA Governors’ Cup lead at Ynares Center here.

Ranidel de Ocampo fired 17 points that went with 11 rebounds, and the entire starting lineup of the Texters finished in twin digits in scoring as TNT finished with a flourish to rise to 3-0 and catch idle Mahindra at the top.

The loss was the second in three outings for Alaska who played with command practically all game before the Texters came alive in the fourth period.

Alaska also played without the suspended Calvin Abueva, something TNT coach Jong Uichico said was a big factor in the win.

“He would have been another problem we needed to solve,” Uichico said.

In a hot stretch, the Texters hit four straight triples to put the game away, with Castro accounting for two of them and having a hand in the third with one of his night-high assists to Ryan Reyes.

Uichico said Castro’s impending stint in the China Basketball Association is something which “he will have to deal with in the future and it doesn’t bother the team.”

Michael Madanly, TNT’s Asian import from Syria, was the sixth player in double figures with 14. Castro also had a night-high five steals.

LeDontae Henton struggled with his footing after getting an inbounds pass with 2.5 seconds left and failed to launch what would have been the game-winning triple from halfcourt. He still led the Aces with 35 points.

Error-prone in the first three periods, Rain or Shine took care of the ball as best it could in the fourth to clip Blackwater, 98-92, in the curtain-raiser and win a second straight game.

The Elasto Painters lapsed into 24 turnovers in the first 36 minutes but played with near perfection in the final frame, even with import Dior Lowhorn riding the bench.