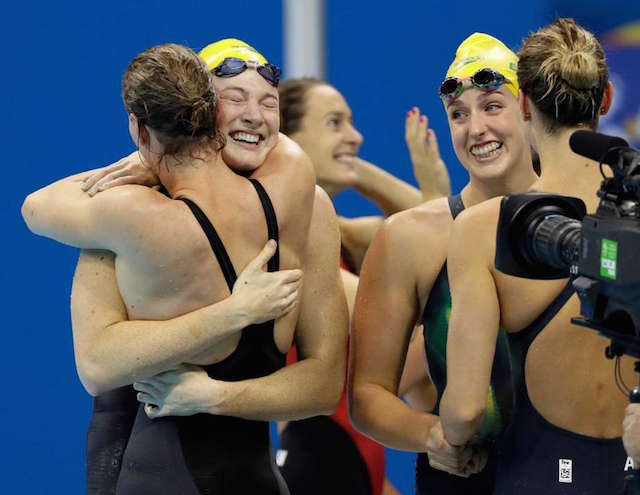 Australia’s women lowered the 4x100m freestyle world record to capture their country’s second gold on the opening night of swimming competition at the Rio Olympics.

Australia improved on the world record of 3:30.98 set by an Australian quartet at the Commonwealth Games in Glasgow on July 24, 2014.

“Definitely my favorite race ever, in an Olympic final with my sister and two girls I have known since I was 12, 13 years old and a gold and a world record. You can’t ask for more,” said Bronte Campbell. “Every kid dreams of it, it’s what we always hoped for.”