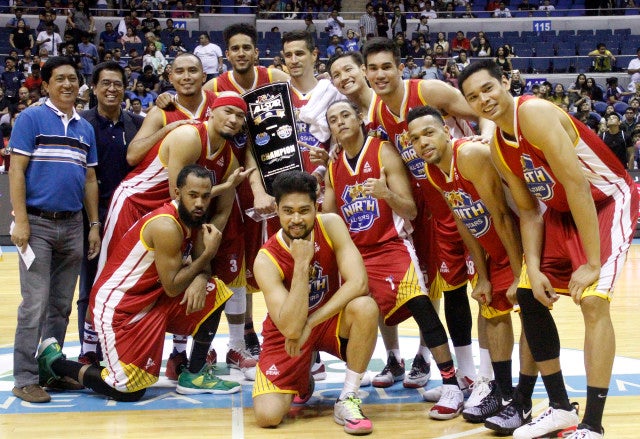 Losing in the dance showdown before the game, head coach Yeng Guiao and his North All-Stars gained a measure of retribution after besting the South All-Stars, 154-151, in the All-Star Game Sunday night.

The stern mentor let his guard down even just for the weekend as he had a blast spending tine with his usual on-court rivals.

Guiao is also honored to have this distinction, as he sees this as a personal accolade in his storied coaching resume.

“It’s part of the reward you get, the honor and the privilege of coaching the All-Stars because may basehan. Ibig sabihin, I’m not here because of a random decision. You’re here because you achieved something, so in that aspect, it’s really an honor to be here. But at the same time, you relish the memory, the camaraderie. There are guys here whom I haven’t coached yet, sila Stanley (Pringle), Terrence (Romeo), and Troy (Rosario), and it was an enjoyable experience being with them, coaching them, and preparing them even for a day,” he said.

But there’s just one thing Guiao can’t give to his All-Stars, and that is the right to join them in their dance routine.

Overall, it was a delightful couple of days for Guiao, a momentary break before waging war anew in the 2016 PBA Governors’ Cup.

“It was a good mix and balance of entertainment, and at the same time, towards the end, everybody really wanted to win,” he said.

The Rain or Shine coach also touched on what transpired in the final seconds of the game.

Though Guiao also believes that a foul should have been called, he said that the game is already set in stone and there’s nothing more the South All-Stars could do about it.