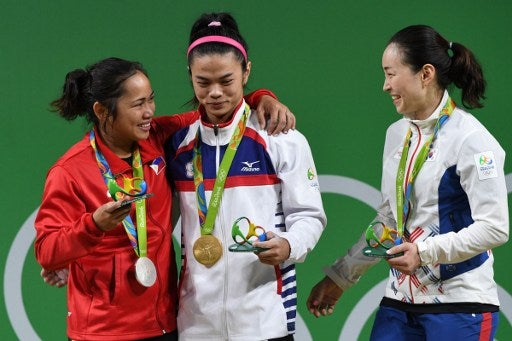 SEVERAL resolutions have been filed at the Senate, congratulating and commending Olympic weightlifter Hidilyn Diaz for winning a silver medal for the Philippines in the Summer Olympics in Rio de Janeiro, Brazil.

Senator Sonny Angara filed Senate Resolution No. 88 where he described Diaz as “ rare shining star” in the country’s quest for Olympics success.

“Diaz’s silver-medal victory is momentous, being a veritable first in various respects in Philippine sports history. Hers is the first Philippine Olympic medal since Mansueto “Onyok” Velasco won silver in the light flyweight boxing competition during the 1996 Summer Olympics in the United States,” the resolution said.

Angara said Diaz was also the first Olympic medalist to benefit from the National Athletes and Coaches Benefits and Incentives law or Republic Act 10699, which they authored and sponsored last year.

Under the new law, he said Diaz will receive P5 million in cash incentive tax-free.

The senator said the law increases the amount of cash incentives and expands the benefits given to winning athletes, coaches and trainers, and includes athletes with disabilities in the grant of benefits and incentives.

For the Olympic Games, the gold medalists will be granted P10 million, the silver medalists P5 million, and the bronze medalists P2 million each.

Angara said Diaz will also receive scholarship and retirement benefits, which is equivalent to 25 percent of all her winning throughout her career.

“These incentives and benefits shall be over and above the standard national athlete benefits that include discounts in lodging, transportation, medicine, sports equipment, amusement, free medical and dental consultation, Philhealth and SSS coverage, priority in housing programs and loans, and the use of living quarters,” the senator added.

“This outstanding performance by our Filipino athlete deserves to be commended as it brought pride and honor to the Philippines,” Villar said in the resolution./ac