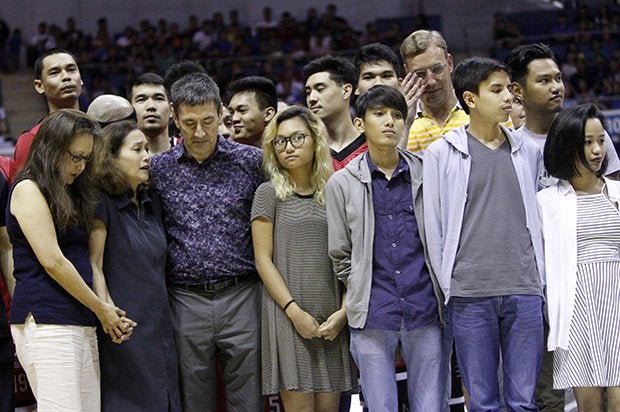 The final buzzer has sounded for the greatest coach in Philippine basketball history.

The PBA on Sunday paid homage to the legendary Baby Dalupan with league commissioner Chito Narvasa sounding the ceremonial buzzer at center court of Smart Araneta Coliseum just before the game between Barangay Ginebra and Rain or Shine.

The family of the 52-time champion coach also took part in the event.

Caidic, who played for University of the East when Dalupan was the school’s Athletic Director, reminisced how the Crispa coach played a role that brought him to play for the Red Warriors.