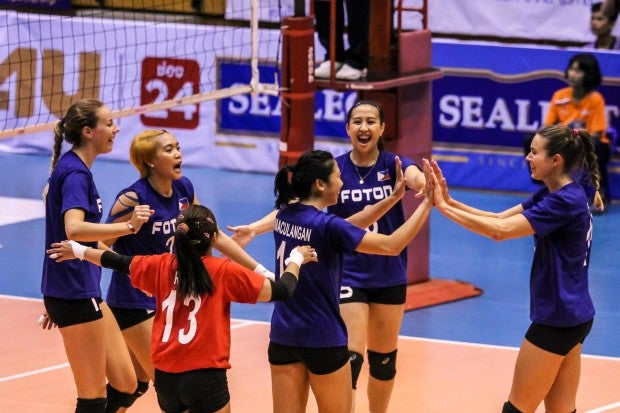 The Philippine representatives are in the invitational tournament, where they lost their opener against EPA Sisaket, to prepare for the AVC Asian Women’s Club Championship.

Tornadoes head coach Fabio Menta said the twin losses are expected with the team still finding the perfect chemistry, but he was satisfied with how the Foton played against the defending Asian champions.

Former Foton import Lindsey Stalzer returned to the fold for the Tornadoes and Cignal reinforcement Ariel Usher join the Philippine representatives in Thailand.

Gonzaga, however, did not receive a travel permit from the Philippine Army and she was not able to join the team in Thailand.

“I am very satisfied with the team fighting point by point with the Asian champion,” said Menta. “They showed great personality on the court, and we adjusted the block positions so we can be there in defense.”

“All players have performed according to game plan. We were very happy.” Bong Lozada