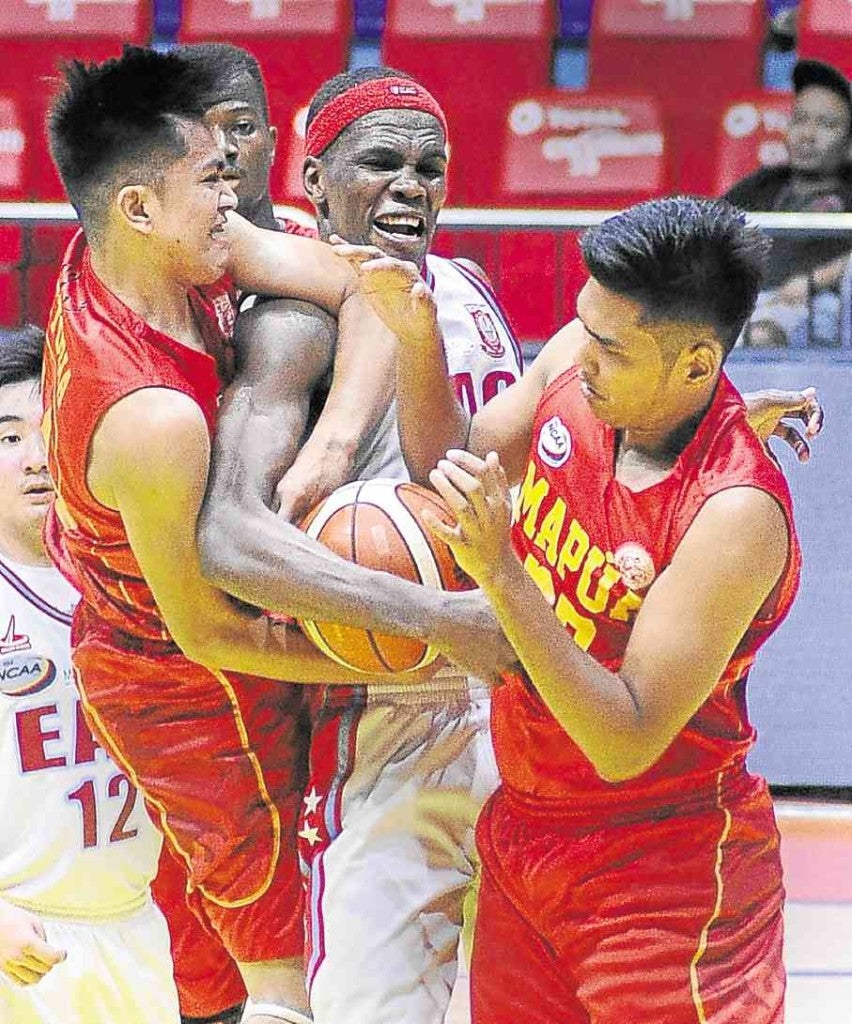 WITH reigning Most Valuable Player Allwell Oraeme struggling, Mapua got an unlikely lift from Almel Orquina to hammer out an 82-72 victory over Emilio Aguinaldo College and boosted its Final Four bid in the 92nd NCAA basketball tournament at Filoil Flying V Centre in San Juan.

Finally getting major minutes for the first time in the second round, Orquina made the most out of the chance, knocking in 18 points, including eight in the third period when the Cardinals pulled away for their ninth win in 14 games that tightened their grip on fourth spot.

Andoy Estrella also stepped up with an all around effort of 19 points, 10 rebounds and six assists as the Cardinals turned a tight game at halftime into an emphatic victory.

The game did go through some tense moments in the second half when Estrella and teammate Justin Serrano were called for unsportsmanlike fouls after a sequence of physical plays.

The incidents did not escalate and the Cardinals picked up a crucial win that gave them some space from fifth running Jose Rizal U (9-6).

“We’re showing people that we have players who can step up big when needed,” said Mapua coach Atoy Co. “Today it was Orquina who made an impact for us.”

Later, San Sebastian sustained its strong second round showing with a 66-57 triumph over St. Benilde.

After starting the season with a 1-9 record, the Stags have won five of their last six games. But their late surge proved too little too late as they are already out of Final Four contention following the loss to Letran last week.

The Blazers dropped their 15th straight game, extending the worst start since they joined the league in 1999.