Medina proves worth with her Rio bronze | Inquirer Sports

Medina proves worth with her Rio bronze 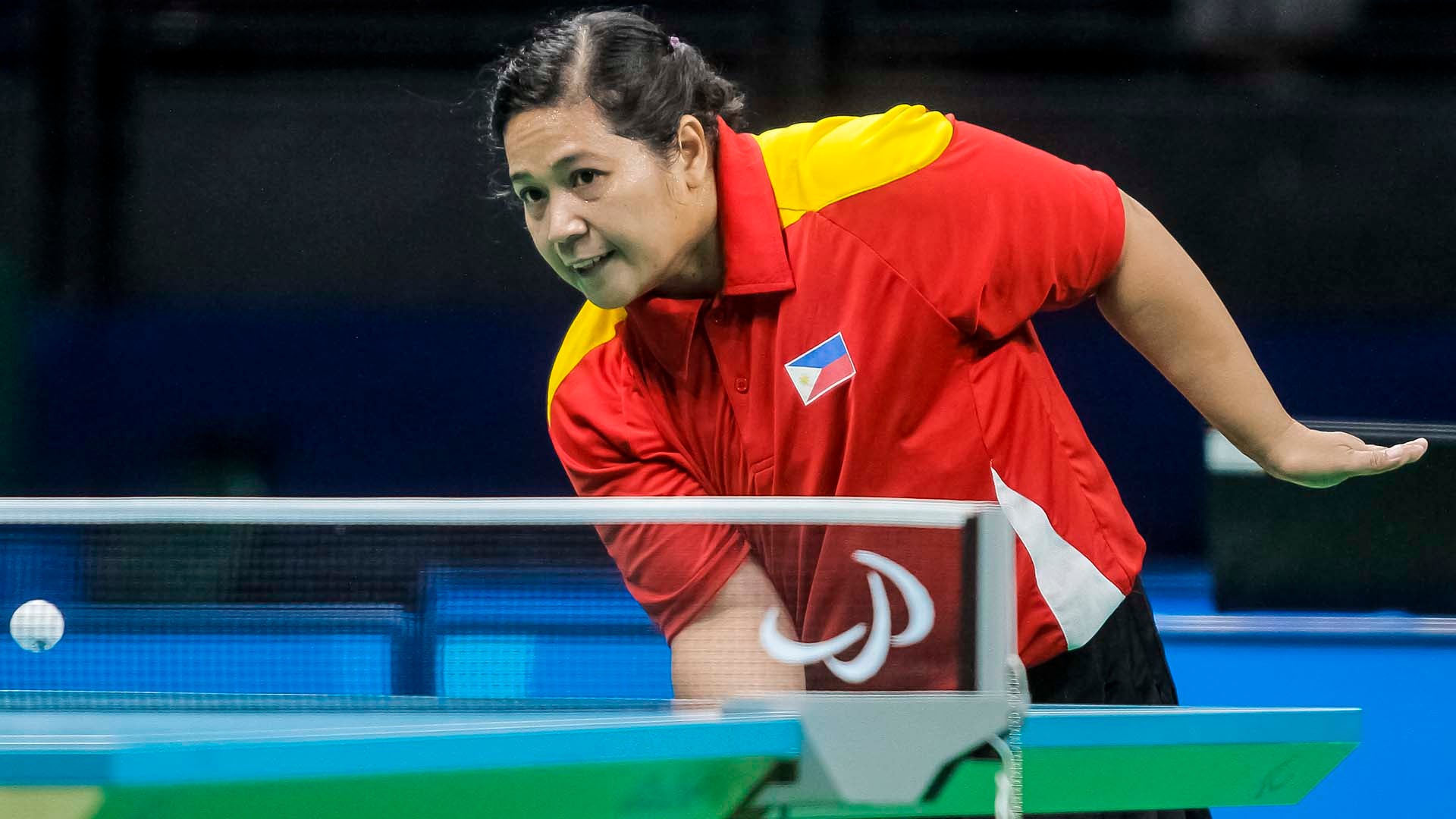 SHE WAS told her disability disqualified her from the national team. So Josephine Medina went out to prove she could rise above her physical challenges to bring honor to the country.

The 46-year-old polio victim finally got rewarded for decades of hard work with a bronze medal in the 2016 Paralympic Games in Rio de Janeiro.

Medina, one of five Filipino entries in the Games for differently abled athletes, subdued Germany’s Juliane Wolf in straight sets, 11-5, 11-6, 11-7, in the bronze-medal round of the women’s individual table tennis Class 8 on Monday night.

“I used to compete with able-bodied athletes and qualified for the national team,” Medina was quoted as saying by Dennis Esta, executive director of Philippine Sports Association of the Differently Abled (Philspada) and chief of mission of the national team, via Facebook. “But they told me that I cannot be in the national team because of my disability.”

“It has become my inspiration. I trained hard because I want to prove that it will not be a hindrance in achieving my goal,” she added.

Medina, ending the 16-year medal drought of the country in the Paralympics with her feat, will become the first beneficiary of the new Athletes and Coaches Incentives Act for differently abled athletes.

Philippine Sports Commission Chair William Ramirez said Medina will be entitled to receive a cash bonus of P1 million from the government based on Republic Act 10699 for capturing the bronze.

Powerlifter Adeline Dumapong also got a bronze medal in the 2000 Sydney Paralympics before the Philippines came up empty-handed in the succeeding editions of the Games.

Medina came close to the bronze in 2012 London but ended up fourth.

“I thanked God for this opportunity,” said Medina. “All the hard work the past four years paid off.”

Thu Kamkasomphou of France, the 2008 Paralympics champion who was born in Laos, eliminated Medina from the final with an
11-5, 11-8, 11-9 victory in the semifinals.