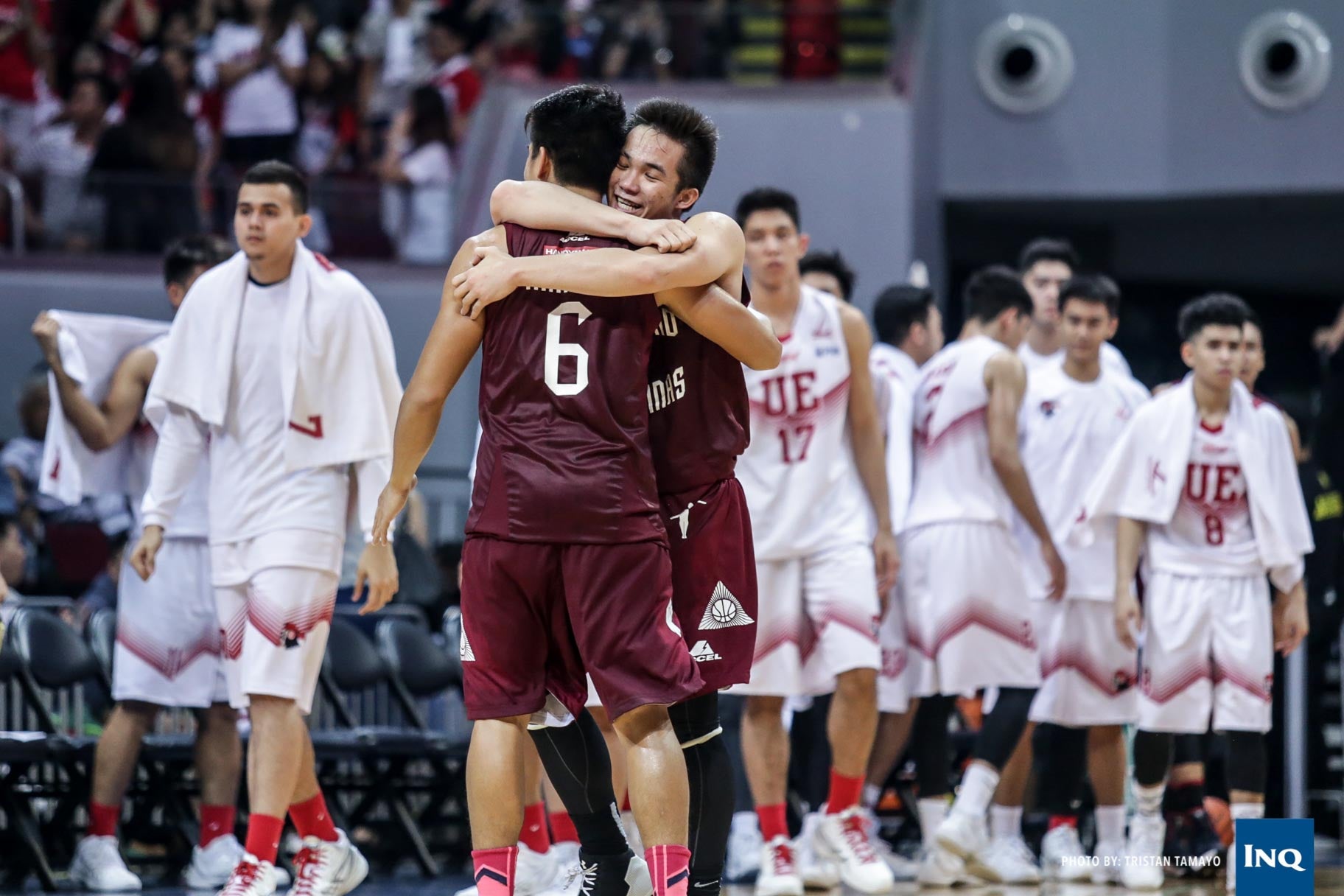 University of the Philippines is winless no more as it dispatched University of the East, 75-71, for its first victory in the UAAP Season 79 Seniors’ Basketball Tournament Wednesday at Mall of Asia Arena.

The Fighting Maroons toiled for three straight losses to begin the season before they blasted the Red Warriors, who dropped to 0-4, for a 1-3 record.

Fighting Maroons head coach Bo Perasol said their first win dispelled their fears of going 0-14 this season and gave them the confidence that they can compete in the league.

“Iniisip na lang namin yung susunod na laro and we truly believe we can compete with them.”

With a 69-69 tie at the final minutes of the game, Manuel found himself open from the free throw line to pull up for the 71-69 lead.

Bonbon Batiller had the chance to give UE the lead but his three-pointer missed as the Red Warriors turned the ball over after the scramble for the rebound with 30.7 seconds left.

Dave Moralde added 13 points and five boards for UP.

Mark Olayon had a team-high 15 points to lead the Red Warriors.