Whatever happened to Elma Muros 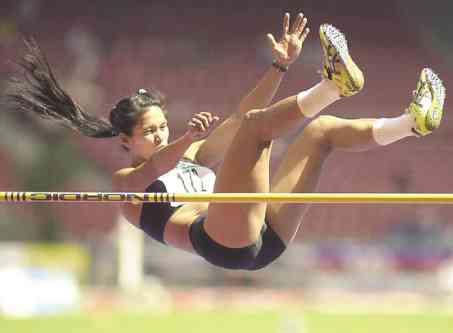 It’s been 15 years since Elma Muros-Posadas posted her last victory in the Southeast Asian Games—the heptathlon gold in the 2001 edition in Kuala Lumpur.

That gold is among the 15 the legendary athlete amassed in the biennial Games, during the “Golden Age” of Philippine athletics.

One of the country’s foremost track and field athletes alongside Lydia de Vega, Muros won eight golds in the long jump, two in heptathlon, two in the 100-meter hurdles and one each in the 400m, 200m and 100m—the latter two a rare sprints double in the 1995 Games in Chiang Mai, Thailand.

Muros saw action in the 1984 Los Angeles and 1996 Atlanta Olympics and also vied in several Asian Games and World Championships.

Between that gold in Kuala Lumpur and now, Muros-Posadas busied herself with family life, coaching, competing in Masters meets, and even television appearances.

After almost two decades as a top athlete, she now works in the sports departments of Brent School in Biñan, Laguna, University of the East and Jose Rizal University where she helps her husband, George, train young athletes and discover talents.