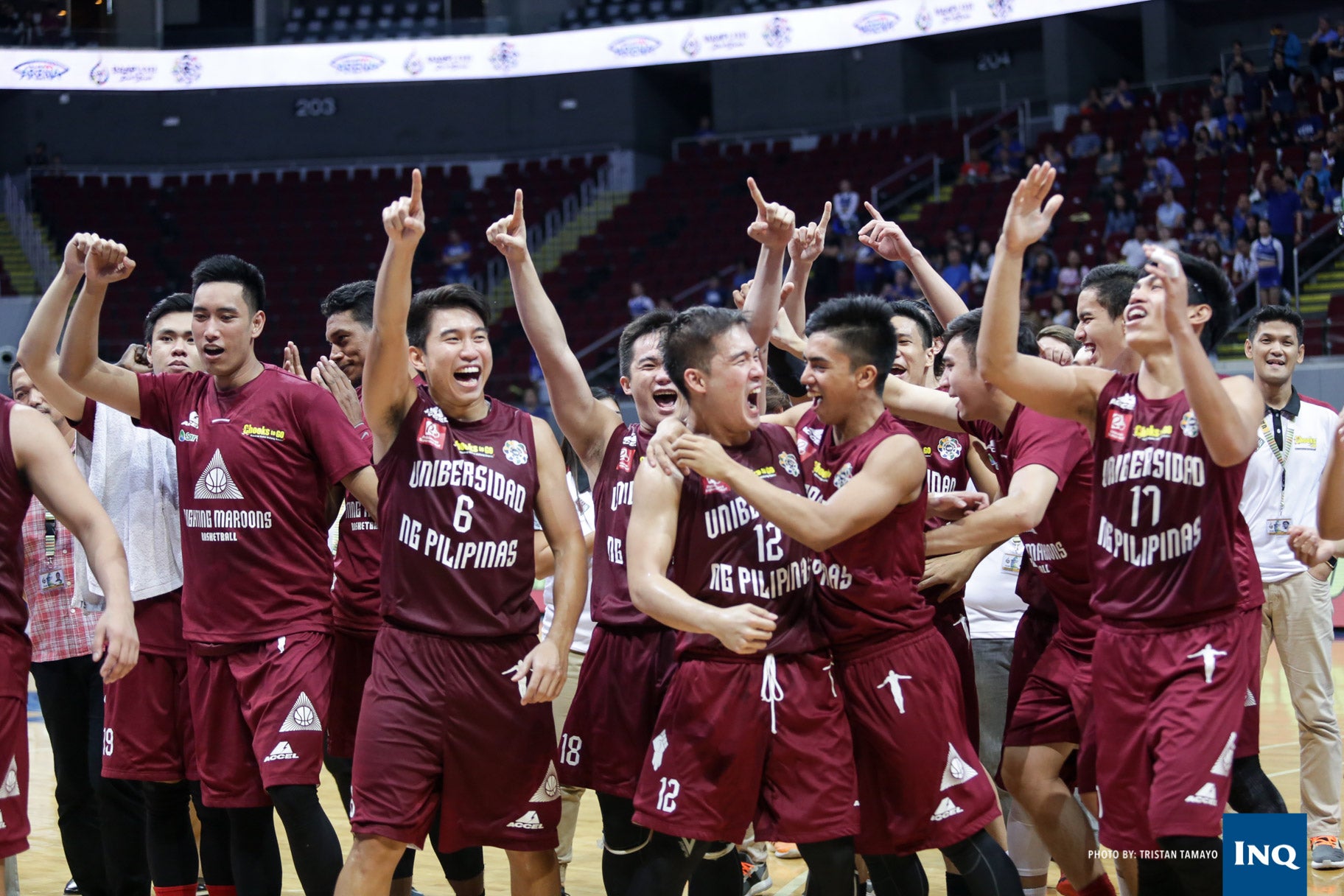 Suddenly, the UP Fighting Maroons are included in the conversation of Final Four contenders, this time after bringing down a team people were raving about early on.

The Maroons added the Adamson Falcons to their growing list of victims with a 70-66 victory in the UAAP Season 79 men’s basketball tournament yesterday at Mall of Asia Arena, validating a claim their coach has been making to anyone willing to listen.

“As I’ve said, I think we’re better than our record in the first round,” said UP coach Bo Perasol. “I really believe that what we have right now is enough for us to be able to contend or at least compete every game against tougher opponents.”

The Falcons, who nearly pulled off an upset against leader La Salle early this week, have been considered as Final Four contenders as well as the Blue Eagles.

“Just like the previous game, it was our defense that got us this win,” said Desiderio, whose pull-up jumper with a minute left created the separation that UP needed to notch its third win in nine games.

UP skipper Manuel and Desiderio had 16 points each with Manuel eliminating all hopes for an Adamson comeback with a fallaway from the corner going into the final stretch.

Rookie Javi Gomez De Liano also shone for the Maroons, finishing with a career-high 13 points on a perfect 5-of-5 shooting clip, including a pair of booming threes.

After handing the Falcons their fifth setback in nine outings, the Maroons face their toughest test yet in a Saturday meeting with the unbeaten Green Archers (8-0).

“Our goal is just to get through one game, and our next game will be our toughest,” said Perasol. “Against La Salle, all I can say is UP fight!”

Papi Sarr was almost unstoppable in the paint and finished with 18 points but it was UP’s defensive job on Jerrick Ahanmisi that proved to be the key. Ahanmisi, who averaged double digits in points, was held scoreless in 25 minutes of play.

Meanwhile, FEU picked up its sixth straight win, a 59-48 spanking of the plummeting UST Tigers. The Tamaraws improved their card to 7-2.