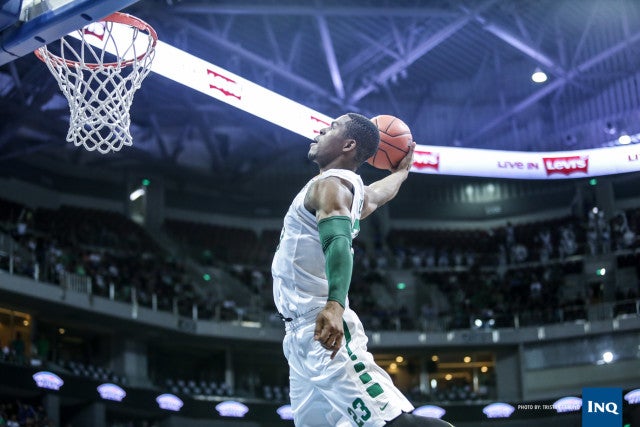 The Green Archers formally secured a semifinals spot and is still on pace to sweep the eliminations with four games remaining in their schedule.

La Salle shook off a poor start where it trailed 14-4 with Jeron Teng leading the fightback and Aljun Melecio giving the Green Archers their first lead, 24-23, at the end of the frame.

Melecio continued his hot streak, firing 10 points in the second quarter as the Green Archers pounced on the Bulldogs and held a lead as high as 27.

“We just want to continue building our team, play together, and keep on working harder,” said assistant coach Paulo Sauler.

Rookie Melecio added a career-high 18 markers on a 4-of-8 shooting from three to led the balanced scoring from La Salle as all but one of the 15 players fielded by coach Aldin Ayo scored.

La Salle swept NU in both of their duels in the eliminations, but the night’s victory came a lot different than the Green Archers’ close 75-66 win over the Bulldogs last September 18.

Rev Diputado topped NU with 23 points and five assists, while J-Jay Alejandro got 17 in the loss.

The Bulldogs also fell to their fourth straight defeat, going down with a 4-6 card.