Jaworski tells Ginebra at halftime: You have to loosen up | Inquirer Sports

Jaworski tells Ginebra at halftime: You have to loosen up 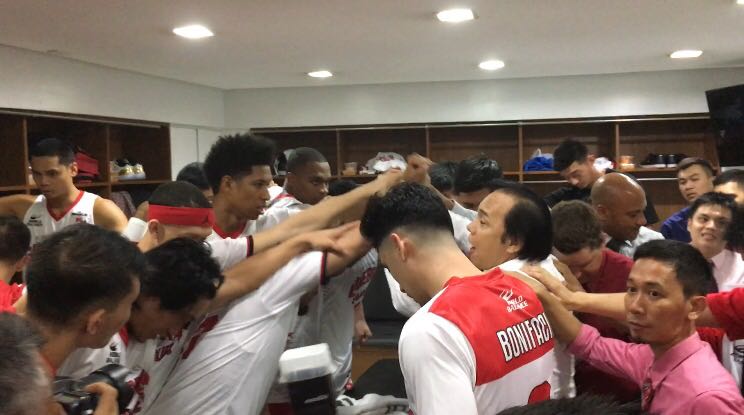 Down 13 at halftime against Meralco in Game 6 of the Finals Wednesday night, Jaworski, the author of Ginebra’s never-say-die mantra, made his way to the locker room again hoping for the same result.

Jaworski huddled the team to end his short but fiery pep talk as “The Living Legend” and the players shouting “Fight” on three.

“They’re playing too tight. They got to loosen up. Just play their game,” Jaworski told reporters when asked what his message to the players was all about as he made his way out of the Big Dome tunnel and back to his seat at courtside.