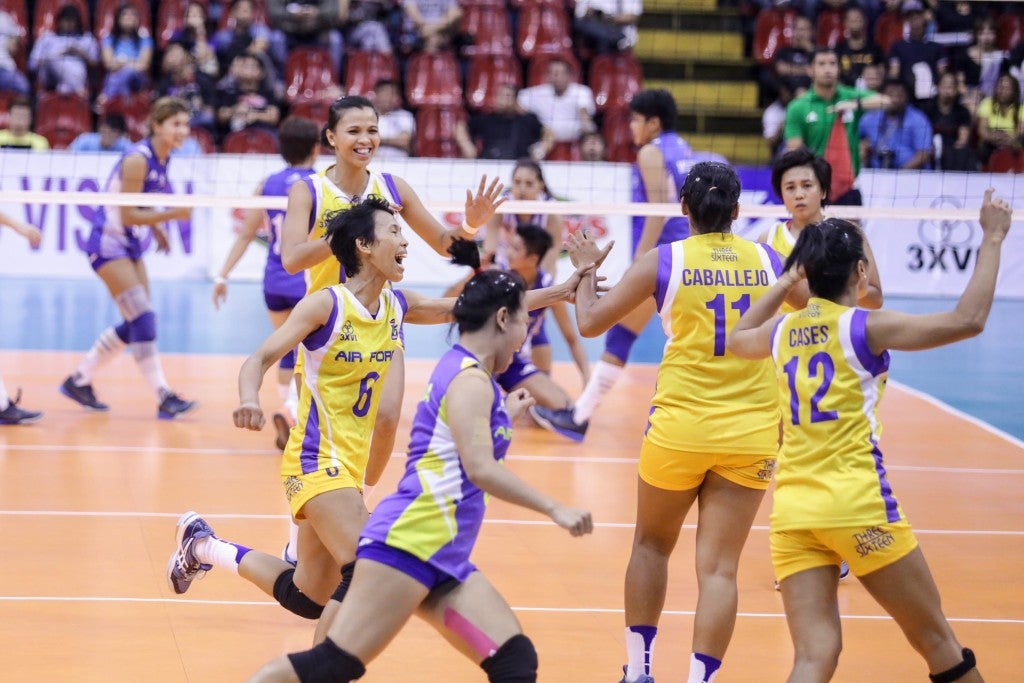 Philippine Air Force regained its form to down Coast Guard, 25-11, 25-19, 25-8, and keep its semifinal hopes alive in the Shakeys’ V-League Reinforced Conference yesterday at Philsports Arena.

Grounded by two successive loses, the Jet Spikers vented their ire on the out-of-sync Lady Dolphins, who have yet to win a single game in five starts.

PAF spiker Dell Palomata expressed relief that they were able to recover from the twin setbacks.

“Unlike in our losses, we played as a team today,” said Palomata after making seven spikes to finish with eight points.
“We just have to play with more confidence and improve on our communication in our last two games,” added Palomata.

All in all, PAF dropped 44 kills against Coast Guard’s measly 14 attacks.
The Jet Spikers also had seven aces and four blocks in total.

PAF, runner-up to Pocari Sweat in the Open Conference last June, needs to sweep its last two games against UP and Customs and hope the rest of the teams suffer losses.