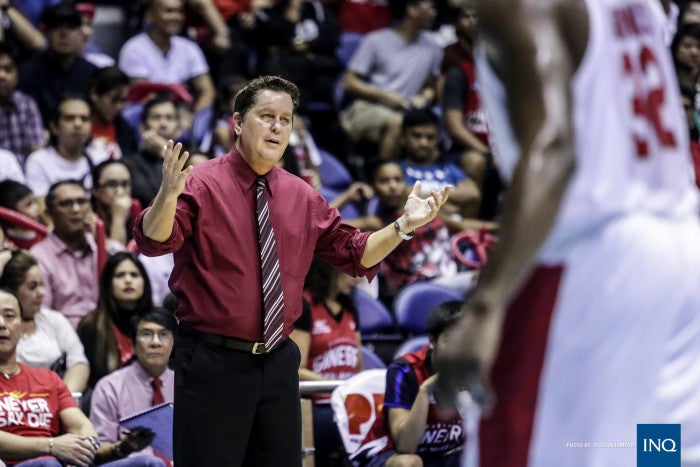 Compared to last year’s position, where the Gin Kings managed to land a talent in Scottie Thompson at five, Cone shared that their third pick in the non-Gilas pool doesn’t really guarantee his squad of selecting a reliable rotation cog.

“Think about last year’s draft: we had the number five pick and we got Scottie, and we were ecstatic to get him. But now, let’s take those top 12 players of last year’s draft and remove them from the draft. Now, you’re talking about getting the 13th player as your first pick, the 14th player as your second pick, 15th player as your third pick, so how excited can you get right now? That’s basically what you’re dealing with right now. You’re dealing with guys that would normally be mid-to-late second round picks,” he said.

“It makes it a lot more difficult to find a gem in terms of that. There’s nobody out there that’s a consensus number one pick in the draft right now. Even though we have the number three pick of the draft, we got caught holding the bag. We are going to be the ones that are least rewarded,” the two-time Grand Slam coach added.

Still, Cone has a reason to feel good.

“We just won a championship and we feel really good about being intact. We like our chemistry, so we don’t want to change it up that much in any case,” he said.

“Why change a good thing? I’m hoping that we can work it out with management that everybody comes back.”

The draft is set on Oct. 30 at Robinsons Place Manila./rga