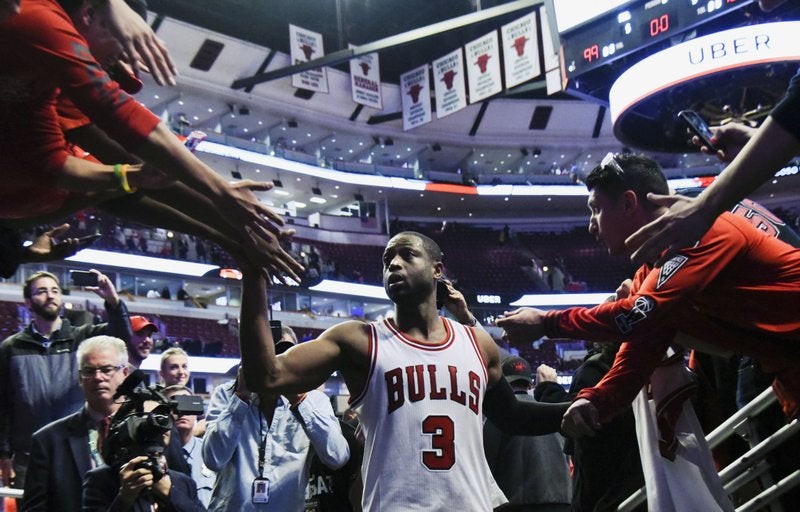 In his first game with the team, Chicago Bulls guard Dwyane Wade (3) greets fans after an NBA basketball game against the Boston Celtics Thursday, Oct. 27, 2016, in Chicago. The Chicago Bulls won 105-99. AP

NEW YORK — Chicago guard Dwyane Wade was fined $25,000 by the NBA on Friday for making a throat slashing gesture after hitting a late 3-pointer in his Bulls debut Thursday night.

Wade got the ball in the corner, took a dribble to his left and stepped back for the 3-pointer. He made the gesture after the ball swished through the net, and then jumped around as the crowd roared.

Wade finished with 22 points in the Bulls’ 105-99 home victory over the Boston Celtics.