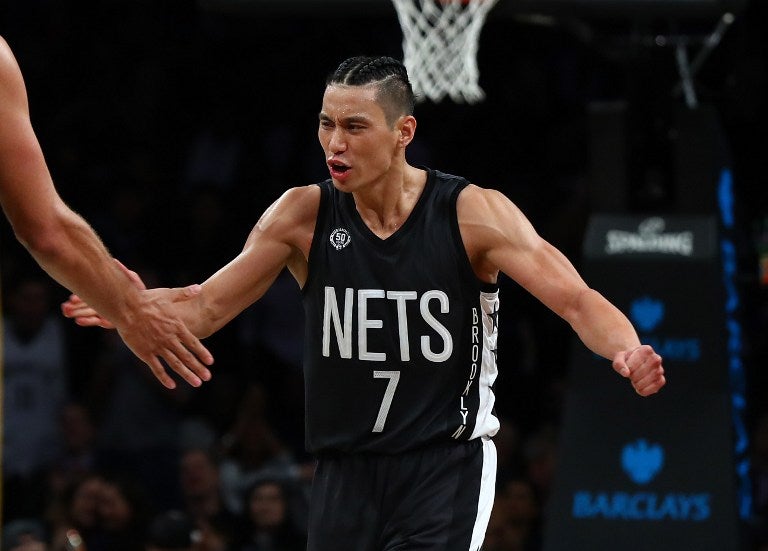 NEW YORK, NY – OCTOBER 28: Jeremy Lin #7 of the Brooklyn Nets celebrates against the Indiana Pacers during their game at the Barclays Center on October 28, 2016 in New York City. NOTE TO USER: User expressly acknowledges and agrees that, by downloading and/or using this Photograph, user is consenting to the terms and conditions of the Getty Images License Agreement. Al Bello/Getty Images/AFP

NEW YORK — Jeremy Lin had 21 points and just missed a triple-double in his Nets home debut, Brook Lopez scored 25 and Brooklyn got its first victory by beating the Indiana Pacers 103-94 on Friday night.

Lin finished with nine rebounds and nine assists, drawing some delirious cheers the way he briefly did during his run of Linsanity last time he played in New York, with the Knicks in 2012.

Sean Kilpatrick hit consecutive 3-pointers during the decisive fourth-quarter surge as the Nets gave new coach Kenny Atkinson his first victory, not far from where the Northport native grew up.

Kilpatrick added 18 points for the Nets. They lost to Boston in their opener.

Paul George had 22 points and nine rebounds for the Pacers.