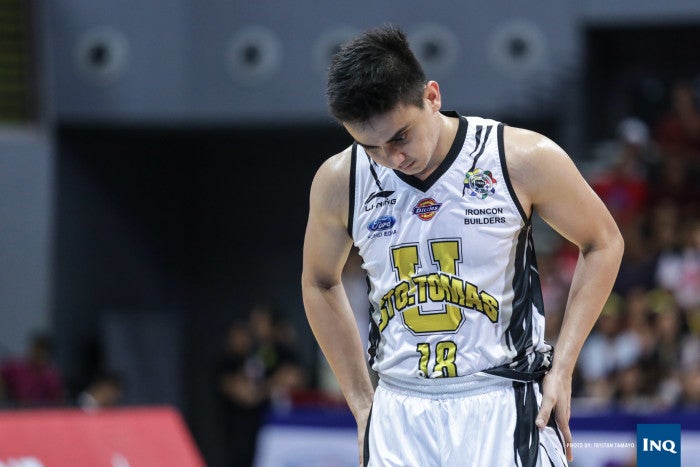 With their backs against the wall, the Growling Tigers fell flat, bowing out of the UAAP Season 79 Final Four race and also seeing the end of their 10-year mastery of the Fighting Maroons.

Vigil finished with 16 points and eight rebounds in the losing effort, but failed to close the game out as he got whistled for his fifth foul with 6:34 still remaining in the game.

It’s another disappointing chapter in what has turned out as a nightmarish season for the boys from España as the team struggled to get their groove under coach Boy Sablan.

Though optimism was on a high after UST’s surprise Finals appearance in Season 78, lightning did not strike twice for the unheralded Tigers this year.

UST failed to put those issues behind, which was evident all season long, as shown by its 3-9 card.

The 6-foot-2 winger, though, hopes that the rest of the mainstays can draw motivation from this momentary hiccup as the Growling Tigers seek to bounce back next year.

UST wraps up its Season 79 campaign against Adamson on Wednesday and Ateneo on Saturday.