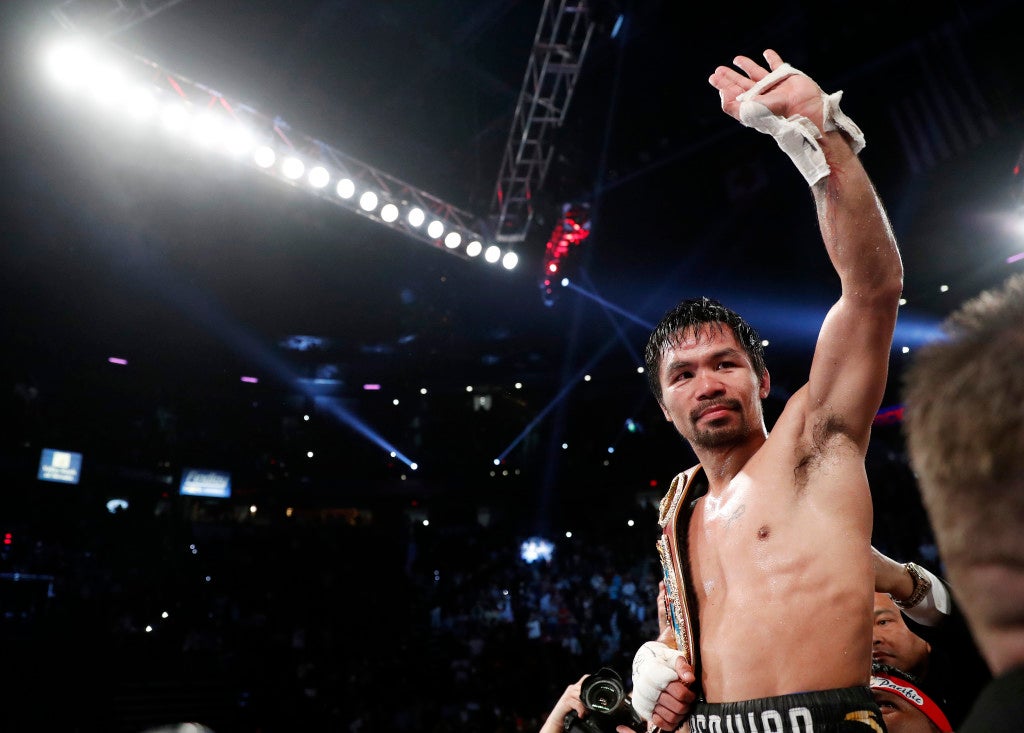 HOLLYWOOD—Manny Pacquiao still packs power. Not only with his punches, but his drawing power.

When over 16,000 fans trooped to Thomas & Mack Center in Las Vegas to watch him master Jessie Vargas Saturday night, it meant that the Fighting Senator remains a big-time attraction in the United States and elsewhere.

Despite lukewarm interest leading to the fight due primarily to the overwhelming 7-1 odds against Vargas, and the absence of major pay per view networks like Showtime and HBO, Pacquiao pulled it off at the tills.

The PPV, however, is another matter.

Unlike before, when Pacquiao managed a million PPV buys in consecutive years, Koncz said they have set modest targets.

According to Koncz, official figures will be released by promoter Bob Arum on Friday. Arum’s Top Rank Inc. took over the PPV distribution when HBO passed off its rights for the fight.

The plunge on PPV buys isn’t confined on Pacquiao’s fights.

Floyd Mayweather Jr.’s farewell fight against Andre Berto last year did just 400,000, right after his record-smashing showdown with Pacquiao in 2014. That fight notched an unthinkable 4.6 million buys at $100 a pop.

The 16,132 attendance posted by Pacquiao-Vargas even bettered the 14,618 notched when Pacquiao knocked out Erik Morales in their rematch in 2006, but fell short of the 18,276 registered for Pacquiao-Morales 3, both at Thomas & Mack.

When Pacquiao returns to the US next spring for another fight, possibly against Mayweather, expect the fans and the networks to toe the line.

The Pacquiao legend continues to grow as time passes by.