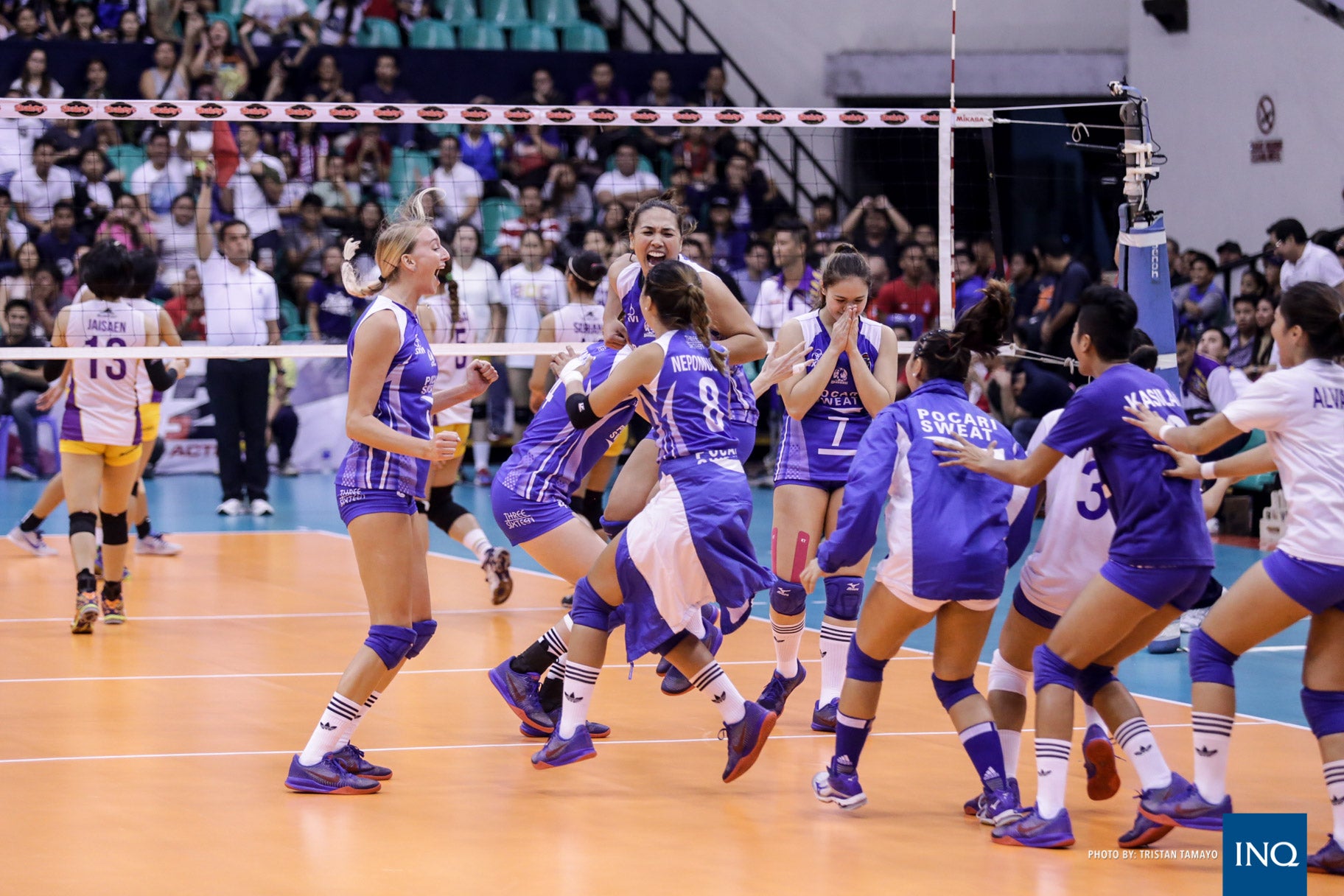 Even the most spectacular talent is no match against teamwork and defense.

Pocari Sweat proved that beyond doubt Monday night as it outlasted Bureau of Customs, 25-14, 25-10, 22-25, 25-23, to capture the Shakey’s V-League Season 13 Reinforced Conference title at Philsports Arena.

The Lady Warriors thus claimed their second title right on their maiden season in the league after winning the Open Conference last June.

Pocari had eight straight wins to the title after dropping its first game against Philippine Air Force.

After two lopsided sets, Pocari teetered on the brink of collapse after Customs stole the third set mostly through Kanjana Kuthaisong, the Thai opposite spiker who helped Valdez with the scoring chores.

But the Lady Warriors woke up in the fourth with imports Breanna Mackie and Andrea Kacsits, team captain Michele Gumabao and Myla Pablo taking turns on the firing line.

Kanjana had 33 points, while Valdez was limited to 10 points on the day she received an unprecedented third MVP award.

Valdez—who had won the league’s highest individual honor in the 2012 First Conference and 2015 Reinforced edition—set the record for most number of MVPs in the 13-year-old league.

“I’m thankful and I’m really very blessed to win these awards,” said Valdez. “I would not have won awards if not for the support of my teammates and coaches, so it goes back to them for helping me get here.”

BaliPure also swept UST in the duel for third place.

Manns’ sets cleared the scoring path for fellow import Katherine Morrell, who banged in 24 points, something UST failed to control in the best-of-three series.

“It’s great to end the season on a winning note,” said Manns, on her third tour of duty in the Philippines. “Everybody’s playing well and everybody’s happy.”

Dzi Gervacio added nine, Manns eight and Amy Ahomiro seven for BaliPure, which lost to UST in its first game in the elimination round.

“But seriously, UST is very strong,” added Manns. “They have very strong attackers and those girls are fearsome because they hit so hard and jump so high you got to find ways to stop them.”

Manns was referring to powerful hitters Laure and Cherry Rondina, who scored 14 and 10 points, respectively.