Chan excited to partner with rival Yap in Rain or Shine 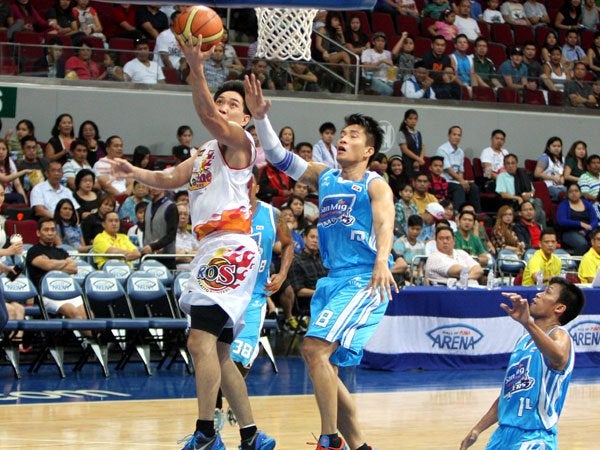 Rivals for so long, Jeff Chan and James Yap will finally play alongside each other this season in Rain or Shine.

And the long time Elasto Painters gunner is welcoming the team’s new acquisition with open arms.

Chan shared that he and Yap go way back ever since their high school days in Negros Occidental.

With Yap already making a name for himself that early, Chan said that he has kept tabs on the legend-in-the-making, watching the soon-to-be University of the East star practice with veterans in the old Negros Slashers team at La Salle Coliseum in Bacolod whenever he gets the free time.

But when he got to Far Eastern University in the UAAP, the tables turned for Chan, owning Yap’s number as the Tamaraws outlasted the Red Warriors numerous times.

The two Negrenses continued going at it in the pros, with Chan’s Rain or Shine and Yap’s Purefoods franchises butting heads and facing off three times in the Finals.

But everything is in the past now as Chan and Yap find themselves as comrades, aching to help the Elasto Painters fare in the post-Yeng Guiao era this 2017 season.

The partnership that was only seen before in All-Star Games is now a reality, and Chan is confident that Yap can rekindle his old form in Rain or Shine.