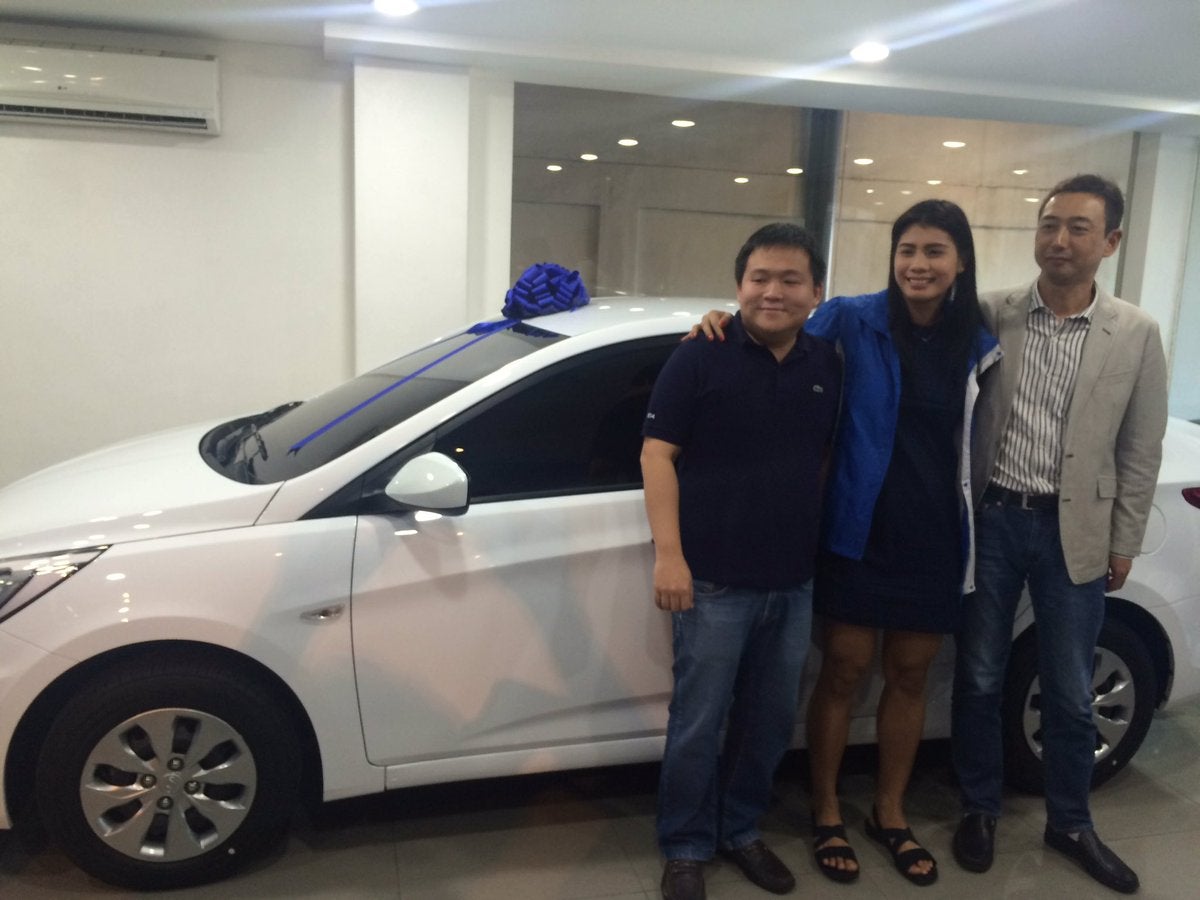 Myla Pablo poses with her brandnew car as part of her signing bonus with Pocari Sweat. Photo by Randolph Leongson

After winning two titles in the past Shakey’s V-League season, Pocari Sweat signed one of its key players Myla Pablo to a landmark five-year contract on Tuesday.

“I’m so happy because they trusted me,” the open hitter said. “I didn’t have any second thoughts because I know they will take care of me. I trust them too.”

Pablo also received a brand new white Hyundai Accent as a part of her signing bonus in the lucrative deal.

Lady Warriors team manager Eric Ty shared that this just the first of the franchise’s move to retain their championship-winning core, saying, “We have decided to commit to her.”

“Our long-term strategy is to preserve a championship team. We’re looking at our options. We must look at the fact that there’s no thing as a static team. In our case, we’ll try our best to preserve and bring them back and maybe signing a few more to longer term contracts.”

“She’s been us with two years, we know her capability and we’re happy. We’re hopeful that we will get the championship again,” said Roland Tieng, Federated Distributor Inc. executive director.

Pocari Sweat Philippines president Sinichi Suzuki also said the move means the time is committed to being a consistent championship contender in the coming years.

“Myla signing with Pocari assures us that Pocari Sweat will be champions for the next five years.”

For her part, the 23-year-old Pablo said that as always, she will try her best to deliver for Pocari Sweat.