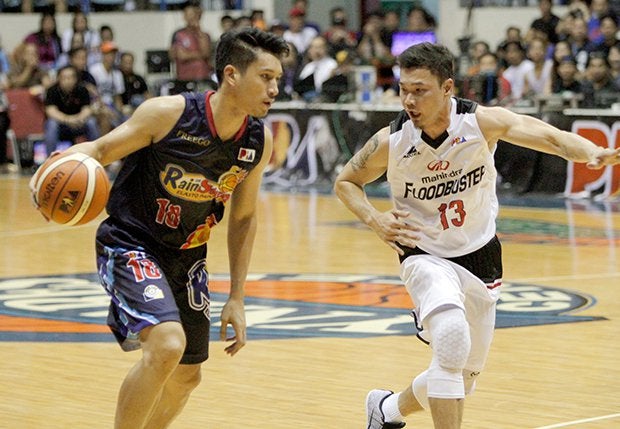 ANTIPOLO—Veterans James Yap and Gary David both made their debuts for their respective new teams, Rain or Shine and Mahindra, but the 105-83 score wasn’t the only margin worth noting.

Yap was on the winning side as his Elasto Painters walloped David’s Floodbuster in a game which also became historic for the former poster boy of the Star franchise.

Yap finished with 10 points in the victory while David scored a measly point in the loss.

David went 0-of-9 from the field in his Mahindra debut and was 1-of-2 from the charity stripe.

Yap, meanwhile, didn’t know he was within reach of a milestone before his first game with the Elastopainters.

“Actually naiisip ko yun nung nasa Star pa ako, and for this game nakalimutan ko nay un (I thought about it when I was with Star, and I forgot about it during the game),” said Yap. “Sobrang blessed na reach ko yung and siyempre dala dala mo na habang buhay yung record na yun (I feel so blessed in reaching that milestone, and of course you now carry that for the rest of your life).”