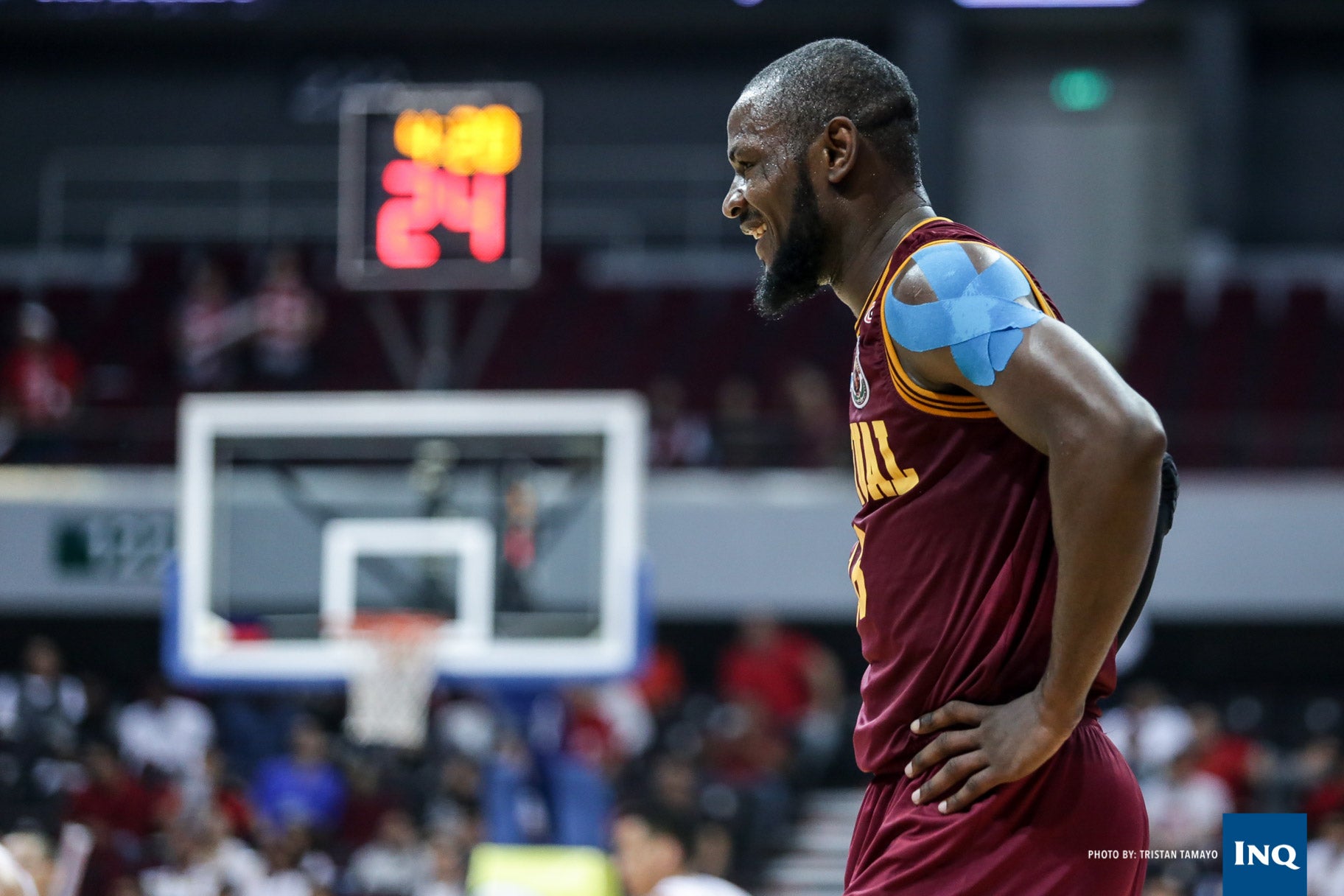 Much to the surprise of everyone, Bright Akhuetie showed up on Wednesday at Smart Araneta Coliseum.

But he didn’t go to the Big Dome for Game 2 of the UAAP Season 79 Final Four between Ateneo and Far Eastern University, but rather, to watch La Salle hold its practice in preparation for its finals duel with the Blue Eagles.

The Nigerian import, however, kept mum when asked by reporters why he showed up at the venue. The press were also barred from taking pictures inside the court as the Green Archers held their private practice.

Akhuetie joked that he was late for the game coming from Las Piñas.

His conspicuous appearance, though, further fueled speculations over his imminent transfer from Perpetual.

Akhuetie has been reportedly on the move, with Ateneo, University of the Philippines, and La Salle as his possible destinations.

If Akhuetie indeed moves to Taft, it will be a welcome entry for La Salle as it prepares for the graduation of Ben Mbala two years from now. He can suit up for the Green Archers in Season 81 at the earliest.