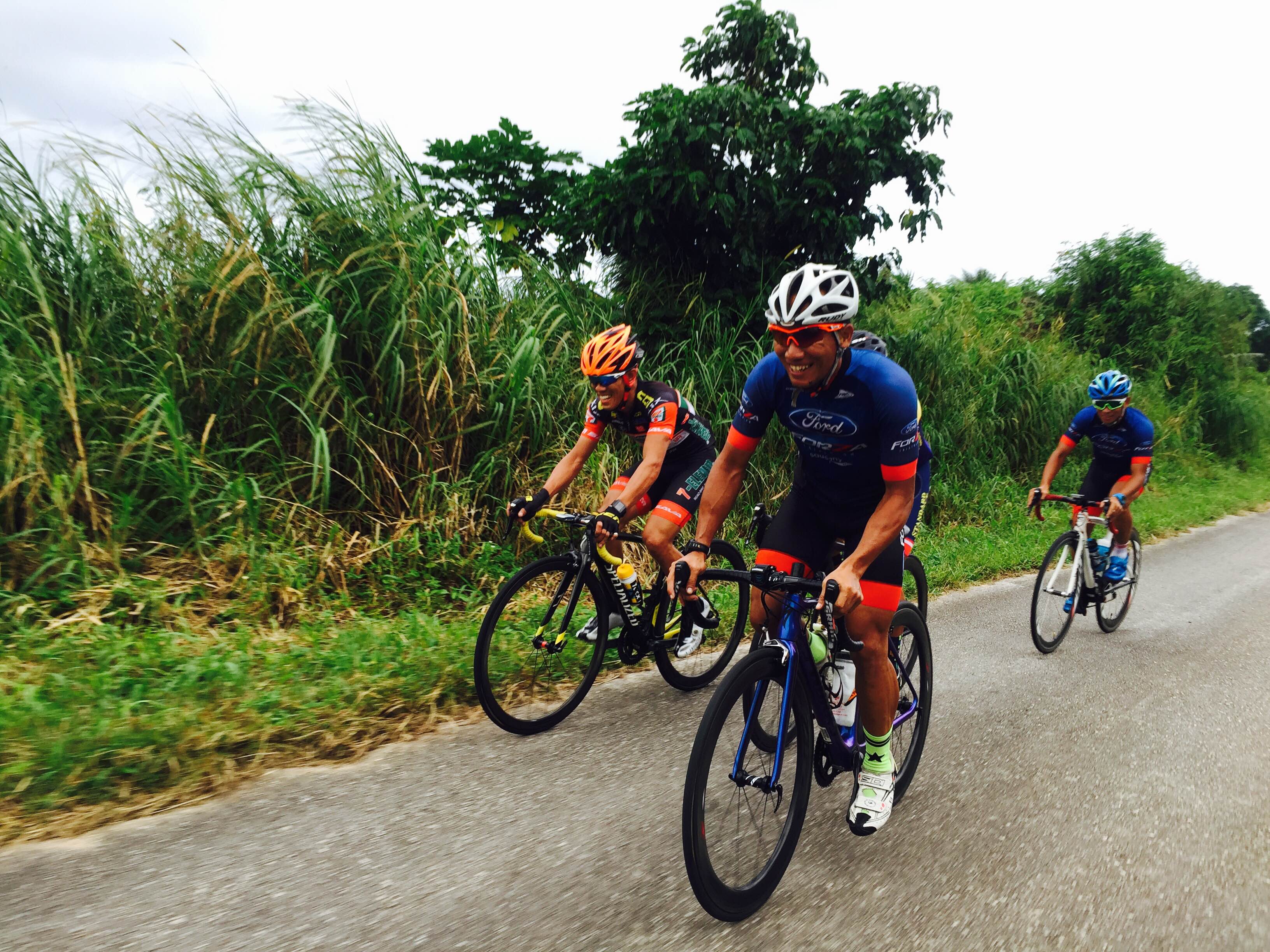 SAIPAN—Filipino pro cyclists are ready to help each other out as they put their strength and endurance to the test on the treacherous course of the Hell of the Marianas Century Cycle around this hilly island Saturday.

This is the first time Filipino pro bets are competing in the annual 100-kilometer bike race, and cycling veterans Mark Galedo and Jan Paul Morales along with triathlete Joe Miller, who is also racing in the Open category, want to make sure at least one of them lands in the podium.

“Though we’re wearing different uniforms, we didn’t come here just for ourselves. We’re carrying the same flag and we want a Filipino to win,” said Galedo, a three-time Tour champion and the skipper of 7 Eleven-SAVA RoadBike Philippines.

“We will help each other out. It doesn’t matter who wins as long as it’s a Filipino,” said Philippine Navy-Standard Insurance’s Morales, a sprint-specialist who dominated Ronda Pilipinas earlier this year.

Miller, who is an off-road triathlete for Team Ford Forza, wants to push his limits against cycling pros but is willing to sacrifice during the race to give Filipinos a better chance.

“There’s no pressure for me [in this race] because I just want to try it out. I also want to help the other Filipinos because our competition here is strong. I’m willing to do it, be a domestique.”

Hell of the Marianas is said to be the toughest bike race in Micronesia with steep climbs and tight roads made even tougher by rough winds and light rains over the past week, and after two days of training here, the Filipinos competitors could only agree.

“It’s very challenging. It’s not an easy course for me even as a professional, Galedo said. “We need to be more aware of the roads to avoid accidents.”

Last year’s winner Ryutaro Nakamura of Japan and Konstantin Kraft of Russia, who ruled the 2014 race, are also poised to be in the lead early in the race which drew 180 participants this year, including a number of Saipan-based Filipinos.

Ford Forza’s Ian Solana and Glenn Gonzales, who are in the age-group category, meanwhile, are hoping to conquer the competition in under three hours, which is a little over their usual time when running on a flat course.

“I hope our strength in swimming and running will help us do good tomorrow,” Solana said.