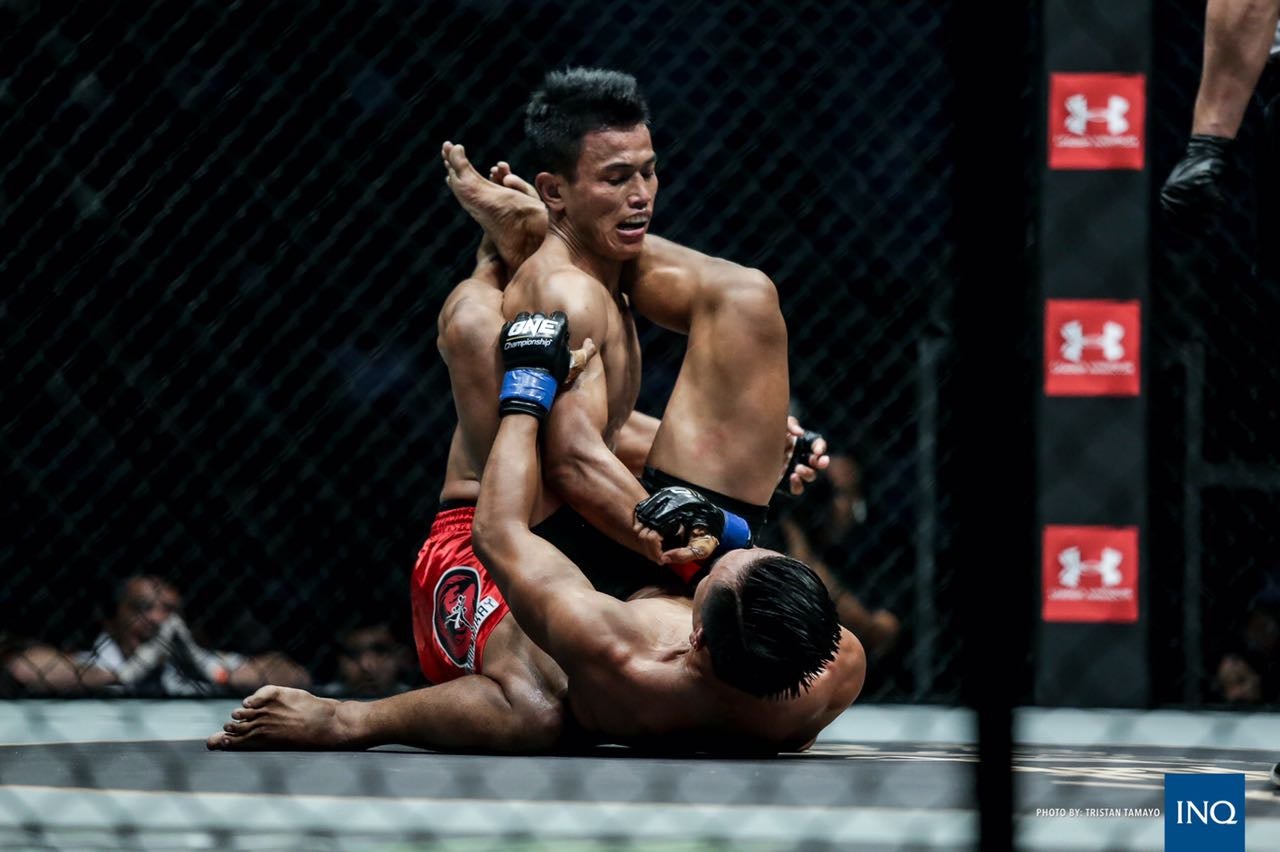 Filipino fighter Edward Kelly of Team Lakay dominates Sunoto of Indonesia during their featherweight fight in the undercard of ONE: Age of Domination Friday night, Dec.2, 2016, at Mall of Asia Arena. Tristan Tamayo/INQUIRER.net

Honorio Banario continued his resurgence with an opening round win over Rajinder Singh Meena in their lightweight bout in ONE: Age of Domination Friday night at Mall of Asia Arena.

Banario controlled the fight from the get-go and applied the armbar that forced his Indian opponent to tap out at the 4:04 mark of the first round.

Kelly beat Sunoto by strikes in the third round of their featherweight clash while Kingad submitted compatriot Eugene Toquero with an armbar in the first round.

Kingad hiked his record to 4-0.

But while the three emerged victorious, a couple of their stablemates fell short.

Geje Eustaquio yielded to Toni Tauru of Finland, who used a rear-naked choke, with 30 seconds left in the second round in a battle of bantamweights.

April Osenio, meanwhile, failed to sustain his strong start and lost to Jenny Huang of Taiwan. Osenio tapped out from a gogoplata applied by Huang late in the second round.

In a middleweight clash, Brazilian Leandro Ataides knocked Egyptian Mohamed Ali out cold with a flying knee in the third round.