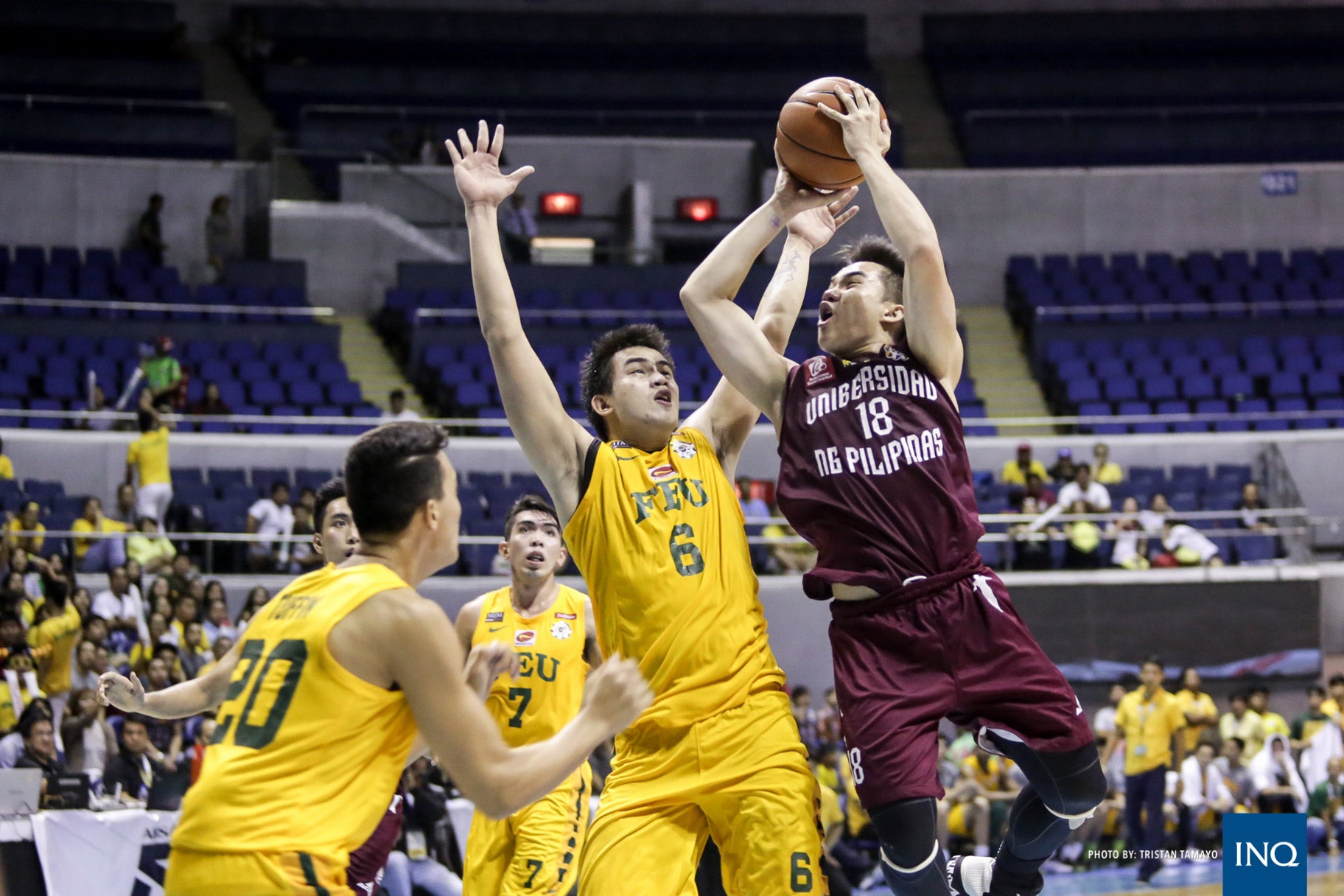 Failing to claim a crown last season, Cafe France is going all out this upcoming 2017 PBA D-League Aspirants’ Cup.

Paul Desiderio and Michael Calisaan will beef up the Bakers this conference, joining their usual Centro Escolar University core.

Coach Egay Macaraya confirmed the development as he seeks to atone last year’s heartaches with a championship this season.

Desiderio is coming off a great run with University of the Philippines this past UAAP Season 79, averaging 15.4 points, 7.1 rebounds, and 2.6 assists, en route to his Mythical Team selection.

Calisaan, meanwhile, netted 10 markers and 6.5 boards for San Sebastian in NCAA Season 92, where he played his first season under Macaraya.

The Bakers are seeking their second franchise title, especially with last year’s rival Phoenix out for the season.

Cafe France lost in the 2016 Aspirants’ Cup Finals to the Accelerators in five games, and was also booted out of the semifinals in the Foundation Cup.

Read Next
Romeo still eager to play for Gilas Pilipinas
EDITORS' PICK
COVID-19 cases in City of Manila are decreasing, says OCTA
Acer starts the year off strong with the Aspire Vero National Geographic Edition
The best of bayside and city living at SMDC’s Sail Residences
Gov’t rolls out COVID-19 vaccination in select pharmacies on Jan. 20 to 21
Over 3 Million worth of prizes to be won at Smart Padala’s SENDali Manalo Promo!
DOH: Too early to say COVID-19 cases are declining
MOST READ
Comelec junks petition to scrap Bongbong Marcos COC
Marcos Jr. visits Cebu, stands as ‘ninong’ to mayor’s son
In Batanes, octogenarian dies of COVID-19
Duterte praises military but slams police for poor discipline, corruption
Don't miss out on the latest news and information.