Oops! Laine shoots into own goal, costing Jets vs Oilers 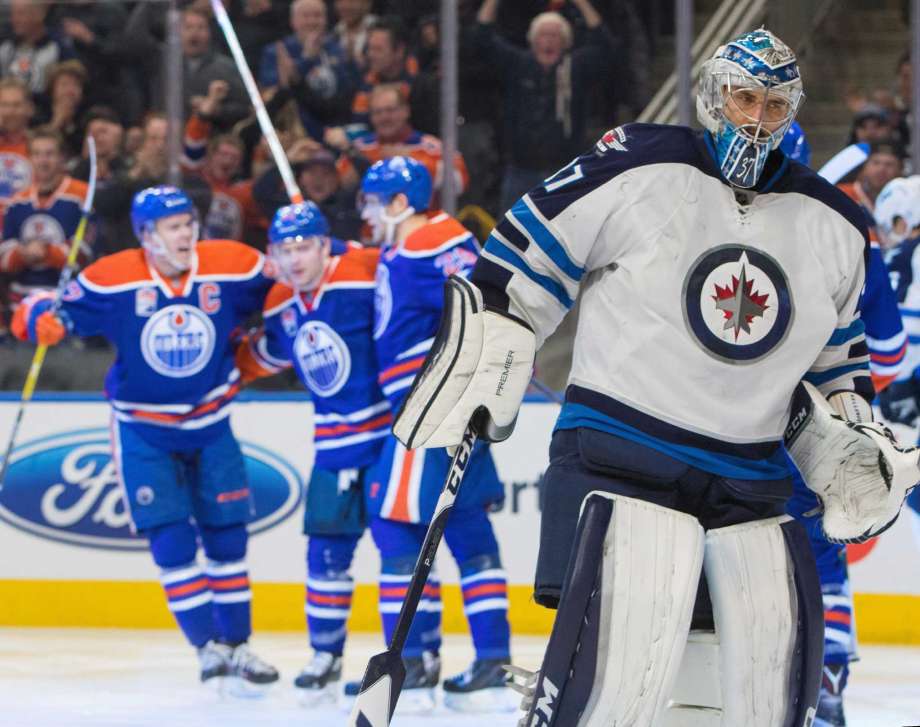 EDMONTON, Alberta — Patrik Laine has scored a lot of big goals in his first NHL season, including a few game-winners.

His latest was anything but.

Laine shot the puck into his own net midway through the third period, costing the Winnipeg Jets in a 3-2 loss to the Edmonton Oilers on Sunday night.

Edmonton’s Mark Letestu was credited with his second goal of the game when Laine fired the rebound of Letestu’s slap shot directly into his own wide-open cage.

“I think everybody saw what happened. That’s my comments,” said the Finnish rookie, who has 17 goals in his first 32 NHL games. “It was just a bad position for me. An unfortunate goal.”

Captain Blake Wheeler put an arm around Laine to console him when he returned to the bench.

Oscar Klefbom also scored and Cam Talbot made 29 saves for the Oilers.

Winnipeg started the scoring with 5:10 left in the first period. Bryan Little’s tip went off the post, but Perreault got two whacks at it, eventually sweeping it in past Talbot.

Edmonton came close late in the first on a power play, but Jordan Eberle’s one-timer hit the crossbar behind Hellebuyck.

The Oilers tied the game about two minutes into the second period when a huge rebound from Tyler Pitlick’s shot came to Klefbom, who hammered in his fifth of the season.

Winnipeg regained the lead with 8 minutes to play in the second when Thorburn scored on a nice feed in front from Marko Dano.

Edmonton appeared to pull even again two minutes later, but Zack Kassian’s breakaway goal was overturned for offsides on review.

The Oilers made it 2-2 2:28 into the third period on the power play when Connor McDavid set up Letestu for a goal in front.

That set up Edmonton’s fortunate break, when Laine one-timed the puck with some authority into his own cage. Laine appeared surprised when the rebound of Letestu’s shot came his way, quickly putting a second hand on his stick and smacking at the puck, possibly in an attempt to clear it out of the zone.

“Every guy in the National Hockey League’s got a goal like that,” Winnipeg coach Paul Maurice said. “Every defenseman, it goes in off them, so he has a story to tell.”

Five of Letestu’s six goals this season have come against Winnipeg.

“I can’t really explain it,” Letestu said. “The puck just goes in on certain nights. I think it’s just coincidental that it’s been against this team. A really lucky third goal and on the power play, Connor (McDavid) finds me in a good spot.”

NOTES: It was the third and final meeting between the two teams this season. The Oilers won both previous games in Winnipeg, shutting out the Jets 3-0 at the Heritage Classic in October, and then won the second game 6-3 to start December. … Winnipeg’s Brandon Tanev leads all NHL rookies in hits, coming into the contest with 74 in 30 games.

Jets: Are off until Thursday night, when they host Florida.

Oilers: Remain at home to play Columbus on Tuesday night.

Read Next
Porzingis, Rose lead Knicks past slumping Lakers
EDITORS' PICK
A massive highway complex makes living in the South highly attractive
Metro Manila logged most number of new COVID-19 cases — OCTA Research
Guarding Sara: Why next VP is getting own security team
WHO says monkeypox is not yet a health emergency
House energy committee chair Arroyo bats for cheap electricity
Beyond the Chocolate Hills: A farm-to-table, heritage culinary adventure of Bohol
MOST READ
Leon Barretto steps up for sisters, asks dad Dennis Padilla: ‘Please stop resorting to public shaming’
LOOK: Rita Daniela pregnant with first child
Marjorie Barretto to speak up on Dennis Padilla, kids’ relationship ‘in time’
Guarding Sara: Why next VP is getting own security team
Don't miss out on the latest news and information.