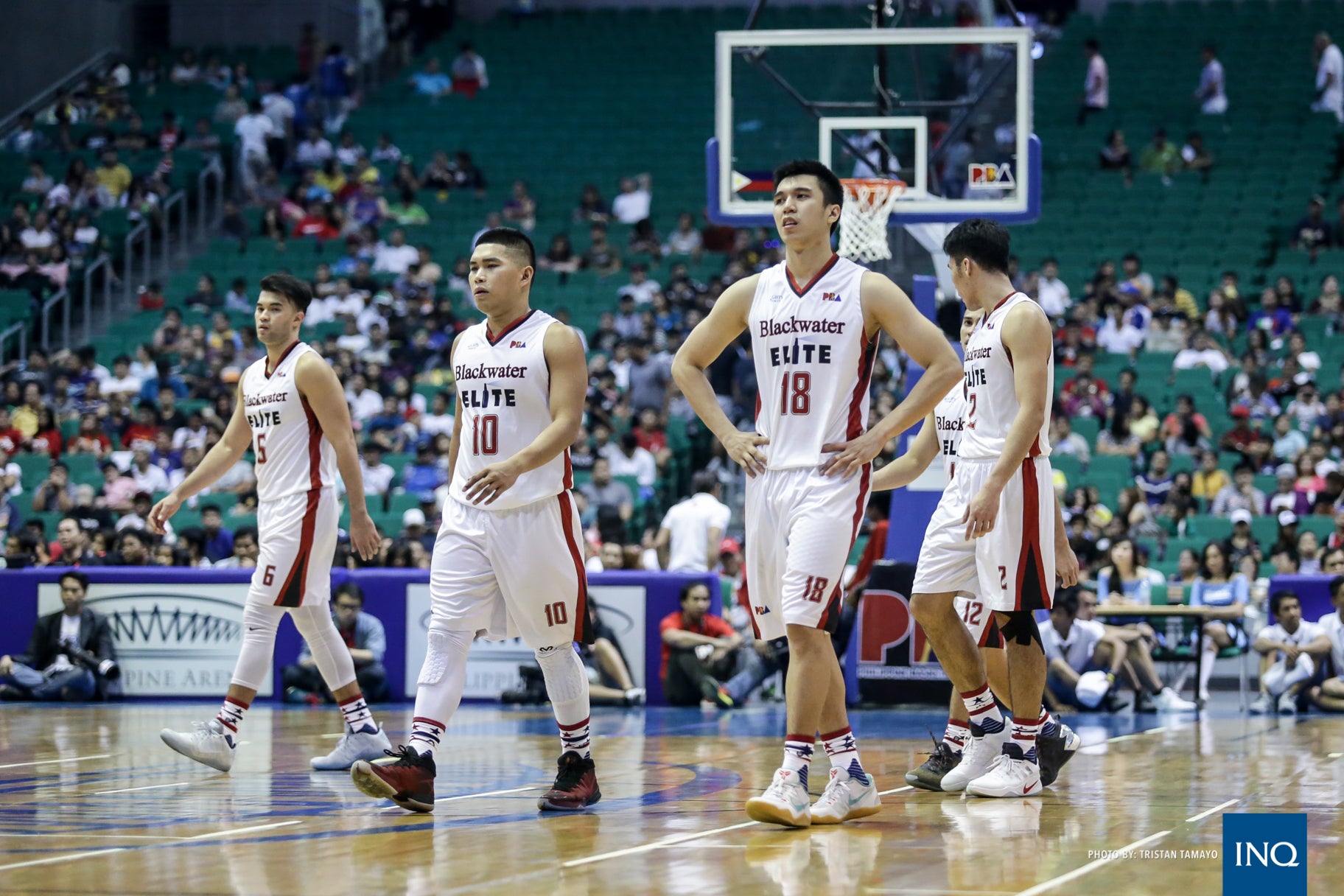 Determined to leave the nightmares of its past behind, Blackwater is looking for a fresh start this new year.

And the two week-long break has helped the Elite recuperate, especially for Art dela Cruz and Kyle Pascual who both nursed shoulder injuries during their Christmas day overtime defeat to Mahindra, 97-93.

“If you’re burning minutes on the games, your body needs time to heal. The break we got during the holidays really helped us. We just have to turn those to gain positive results,” Blackwater coach Leo Isaac said on Thursday.

For his part, Pascual said that after three days, the pain on his shoulder had subsided, allowing him to return to full-court practice.

“It’s OK now. After the game, it was still painful but we had three days off and I took that time to rest and do some strengthening exercises with our PT,” he said.

Pascual will immediately be put to test as he tangles with three-time Most Valuable Player June Mar Fajardo when Blackwater returns to the court against San Miguel on Friday.

The former San Beda stud, though, said he and the team are not focusing on the individual match ups but rather on trying diffuse the Beermen as a whole.

“We just have to enter tomorrow’s game thinking we have to slow down their shooters. We’ll do what we can with June Mar, but he’ll be tough. But I think our concern is more on the shooters and make sure not every one will be involved scoring-wise,” said Pascual.

With a 4-3 record, Isaac is concerned about sustaining the Elite’s good run as they inch closer to eight quarterfinal slots stand at 4-3.

“All the games we played are hard games. If we already got four wins, we expect that we can gain more,” he said. “We gained a lot of confidence, realized that we can win, so we just have to work a lot harder and not be content with what we have achieved.”