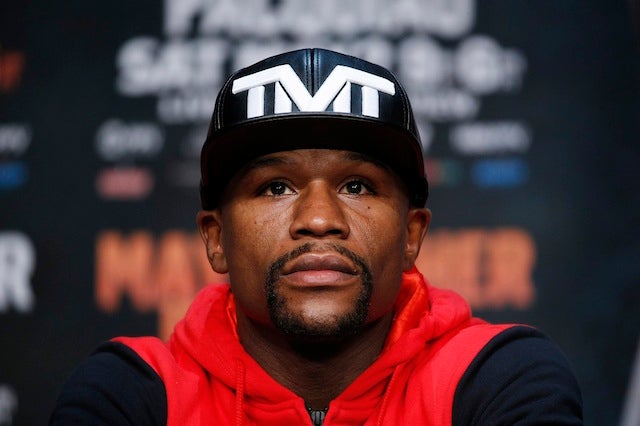 On Tuesday (Wednesday in Manila),  ‘Money’ perhaps made his boldest proclamation yet, by claiming that he’s also the face of mixed martial arts—a combat sport he’s never ventured into.

As seen in a Facebook Live video uploaded by ESPN boxing, the retired Mayweather openly discussed the undying rumors about a potential crossover match with UFC star and current lightweight champion Conor McGregor.

The ever-brash fighter, who holds an unblemished 49-0 record in the ring, claimed that McGregor is not the face of MMA, but rather, it’s himself.

“I’m not just the face of boxing, I’m the face of mixed martial arts also,” he told the interviewer Brian Campbell.

Mayweather’s name has been linked with the MMA community since 2016, as his proposed bout with the UFC superstar captured the imagination of mainstream sports outlets in the world.

At one point last year, the 39-year-old athlete was even linked to a bout with the UFC’s female fighter Ronda Rousey, who was also a dominant force during that time.

Although the match is highly unlikely to materialize, Mayweather said he’s still open to the fight, but quickly reminded viewers that the Irish sensation is not on the same level that he is.

“I want to tell everybody this, right now. Conor McGregor, do he want to fight? Absolutely not. I’m trying to see if he really want to fight but we can’t make the fight happen because he’s not his own boss,” he said.

The boxer further stressed, “A lot of fighters—fighters, fighters of today, MMA fighters—everybody says, ‘Floyd Mayweather do us wrong.’ Call me what you want to call me but I’m not a quitter.” Khristian Ibarrola