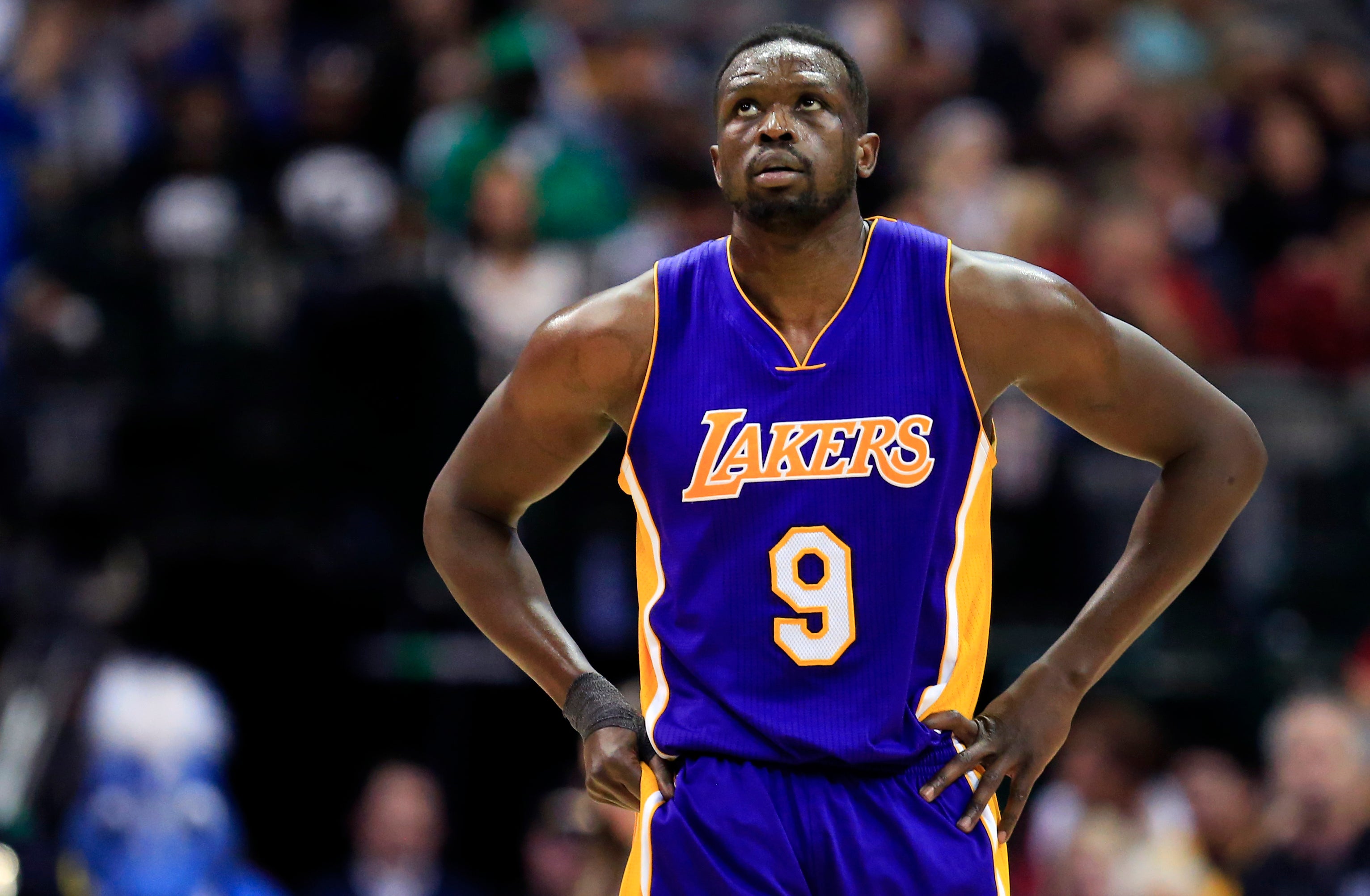 Los Angeles Lakers forward Luol Deng (9) walks toward the bench during the second half of an NBA basketball game against the Dallas Mavericks, Sunday, Jan. 22, 2017, in Dallas. (AP Photo/Ron Jenkins)

The Los Angeles Lakers crashed to the heaviest defeat in the iconic NBA franchise’s history on Sunday, slumping to a humiliating 122-73 loss on the road against the Dallas Mavericks.

The Lakers, who are in the midst of a rebuilding phase this season after two disastrous seasons, hit rock bottom in Dallas after a nightmarish first half that saw them trailing by 34 points at the break.

Lakers coach Luke Walton offered no excuses after a loss he described as “embarrassing.”

“We didn’t show up to play, honestly, which is frustrating,” Walton told a press conference.

“And honestly it’s embarrassing — for us as a team, for us as an organization, for our Lakers fans that are so good to us.”

Walton however declined to be drawn on how he planned to respond to the rout.

“We have teaching points, but what I say to them behind those doors, that is between us,” Walton said. “I think they understand and would agree and would feel inside the same way that I feel.”

At one stage Dallas’s lead jumped up to 53 points as the Lakers collapsed.

“They were just picking us apart,” Lakers guard Nick Young said. “We didn’t fight back.”

Lakers youngster Julius Randle was even more blunt: “They kicked our butts today.”

The Lakers problems were laid bare in ugly statistics — making just 13 of 37 from the floor in the first half, with nine turnovers.

“You’ve got to point to our defense. In that second quarter, I thought we did a great job defensively, setting the tone and setting the tempo,” said Mavs guard Deron Williams, who finished with 13 points.

“It created a lot of offense off the turnovers, and then just getting out and running. They only had 11 points in that quarter, so our defense got us going.”

The Lakers are one of the most successful franchises in NBA history with 16 championships but their fortunes have dipped in recent years.

The last of their NBA Finals triumphs came in 2010 while last season they finished with a 17-65 record — the worst in franchise history.