Not even $100 million could lure Marquez into 5th Pacquiao fight 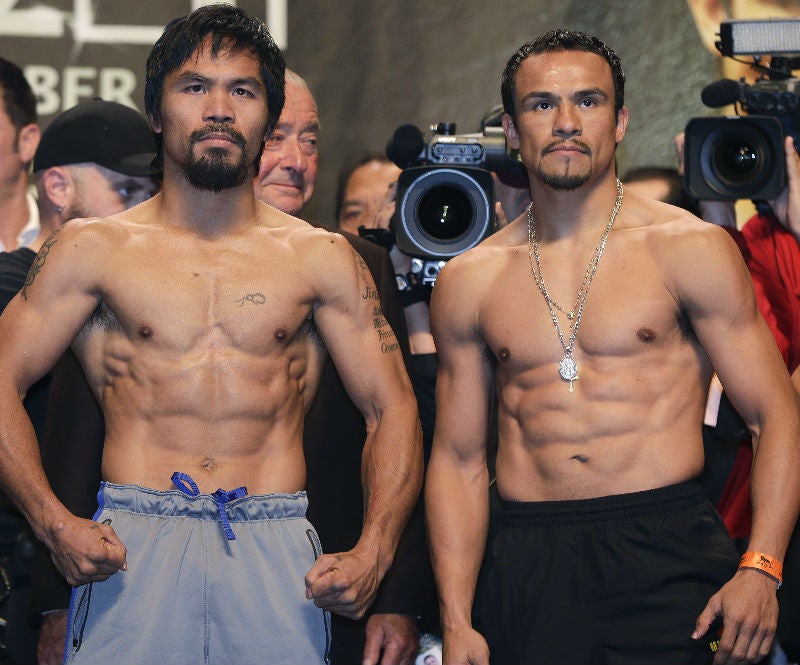 Juan Manuel Marquez sees no reason to take on Manny Pacquiao for a fifth time, and even a hefty purse won’t persuade the former four-division world champion.

According to ESPN Deportes, as translated by BoxingScene.com, Marquez said he’s no longer interested in fighting Pacquiao who he defeated via knockout in 2012.

Marquez was told people invested in the fight and television networks are willing to shell out $60 million for him to come to the Philippines and fight Pacquiao.

Marquez and Pacquiao fought four times in the course of eight years with the Filipino taking two victories and the two settling for a draw in the first fight.

The fourth fight was the most convincing finish of all with Marquez scoring a knockout after Pacquaio won the second and third bouts via decisions.

Marquez has been out of the boxing ring for more than two years and his last fight resulted in a victory over Mike Alvarado in 2014 for the vacant WBO International welterweight title.

“We are going to see if I can still stand the physical [work in the gym], there are possible opponents,” said the 43-year-old Marquez. “I want to do a [training camp] and then a major fight.”

“We are watching for opponents. This year is crucial for whether I will return or not. It depends on how I feel physically. I’ve trained, I’ve ran, but this is not the same.”