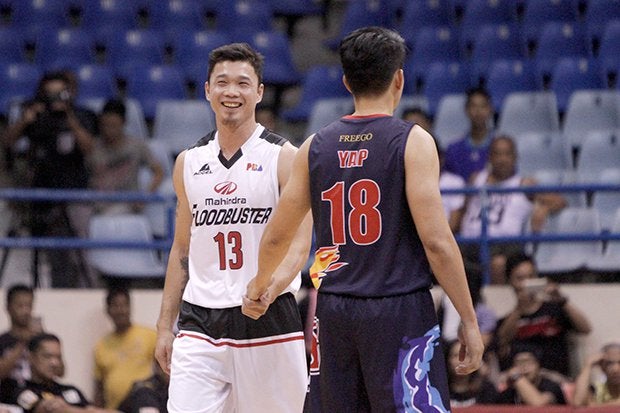 Gary David gets a chance to represent the country anew as he signed with Mighty Sports for the 2017 Dubai Invitational Basketball Tournament.

The 6-foot-1 shooter secured his approval from Mahindra on Friday, allowing him to play in the tournament set to run from February 18 to 25.

David, a two-time Scoring Champion, will provide the veteran leadership for the squad together with TY Tang and two-time PBA Most Valuable Player Willie Miller.

David only played a game for Mahindra this conference, scoring a point in 11 minutes on the floor in the team’s 105-83 loss to Rain or Shine last November 30.

The Floodbuster, though, placed him in the reserve list after the 38-year-old suffered a knee injury, rendering him inactive for the past two months.

David, though, is expected to return to Mahindra after the Dubai tilt with the Floodbuster seeking to bounce back in the 2017 PBA Commissioner’s Cup.