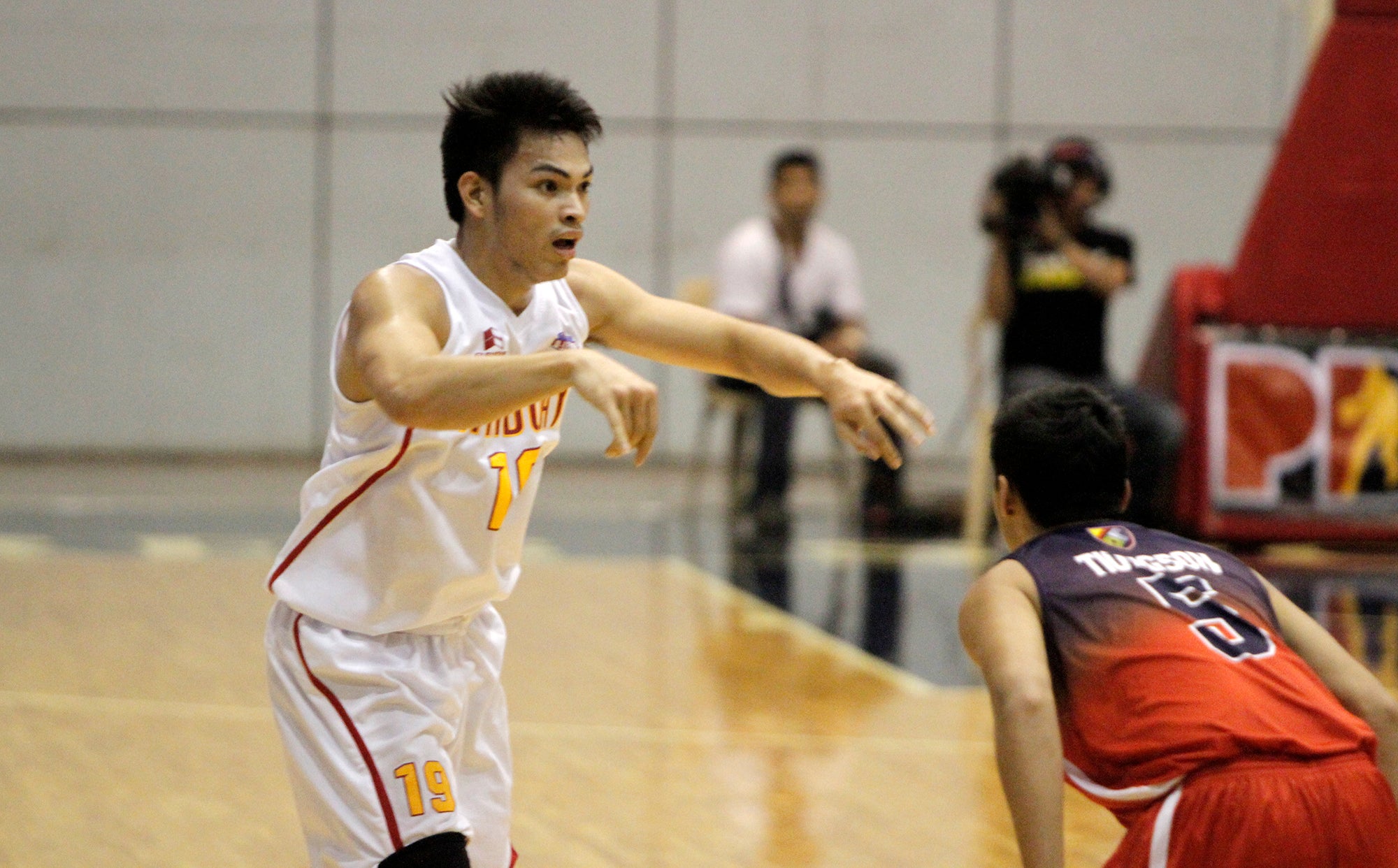 Bong Quinto is making the most of the collegiate offseason as he joins Tanduay in the 2017 PBA D-League Aspirants’ Cup.

With Letran’s campaign in the upcoming NCAA Season 93 on his mind, the 6-foot swingman wants nothing but to gain experience and hone his craft in preparation for his fourth year with the Knights.

And in his third game with the Rhum Masters, Quinto’s hard work is paying off.

Quinto fired 12 of his 28 points in the fourth quarter to lift Tanduay over AMA Online Education, 99-93, on Thursday.

“Coach gives us his full confidence. You really play well when the coach lets you play your game,” said Quinto, who also had five rebounds, four assists and three steals, in Filipino.

Tanduay coach Lawrence Chongson shared that Quinto was high on his list when he was building his roster.

“We really wanted to make sure that we secure him when we couldn’t get the other players. We see his potential. There’s still some rough edges that he needs to fix, but we’re here to guide him to be more mature,” Chongson said.

Quinto knows he still has a lot of work to do especially as far as taking care of the ball is concerned.

“Every game, I think I commit four, six, eight turnovers. Maybe it’s really one thing coach wants me to improve on,” said Quinto, who turned the ball over six times in the victory over the Titans.

“Now, I’m addressing it so that when I go back to Letran, I will know how to limit my turnovers.”

“With Letran I get to play my normal role, but here in the D-League, I’m still trying to gain maturity because the moment I get back it’s only me, Rey Nambatac, and JP Calvo who are the veterans.”