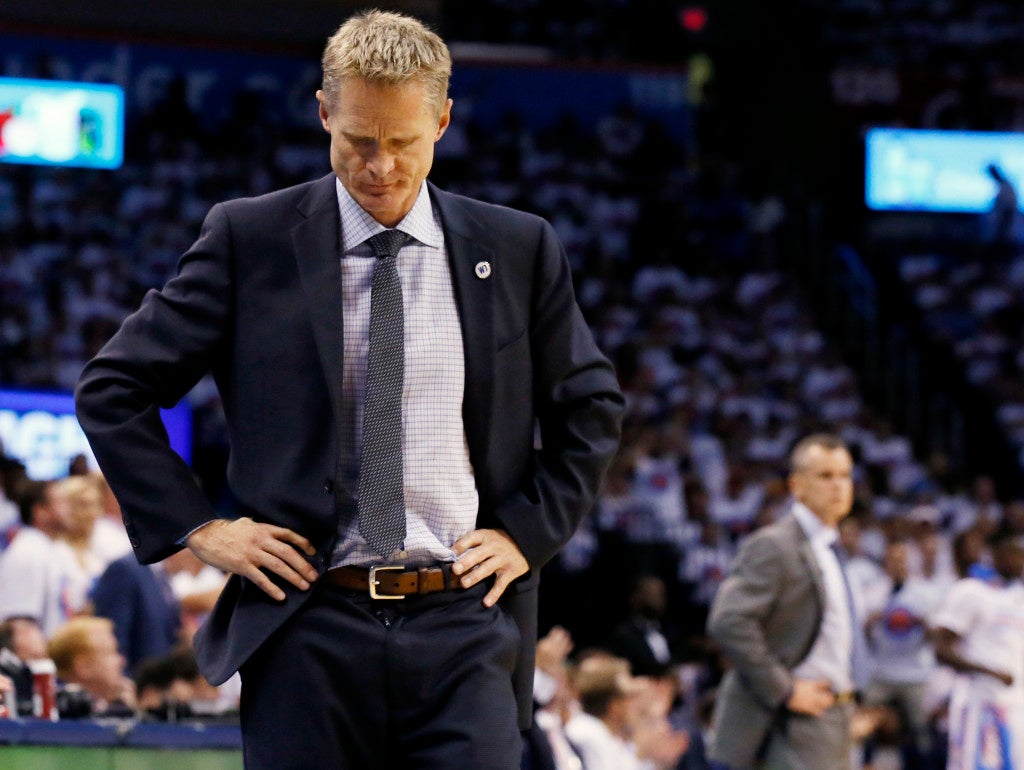 Golden State Warriors head coach Steve Kerr walks the sideline during the first half against the Oklahoma City Thunder in Game 4 of the NBA basketball Western Conference finals in Oklahoma City, Tuesday, May 24,, 2016. AP

NEW YORK — A profanity-laced tirade brought Golden State Warriors coach Steve Kerr a $25,000 (23,300 euros) fine from the NBA on Monday for verbal abuse of referees and delaying leaving the court.

Kerr aroused the ire of official Bill Spooner with 3:34 remaining in the third quarter of Golden State’s 109-106 overtime loss at Sacramento on Saturday.

Kerr, the 2016 NBA Coach of the Year, was ejected with the Warriors trailing 75-73 and had to be restrained near midcourt by Warriors assistant coach Mike Brown as he moved towards Spooner.

Irate and swearing, Kerr confronted Spooner after a pair of loose ball fouls whistled 18 seconds apart on Kevon Looney and a technical foul called on Draymond Green for arguing over the call.

“I was mad about a lot of things, but I got what I deserved,” said Kerr, who took his time leaving the court after being ejected. “I deserved to be ejected, so I was, so I have no complaints.” CBB/rga