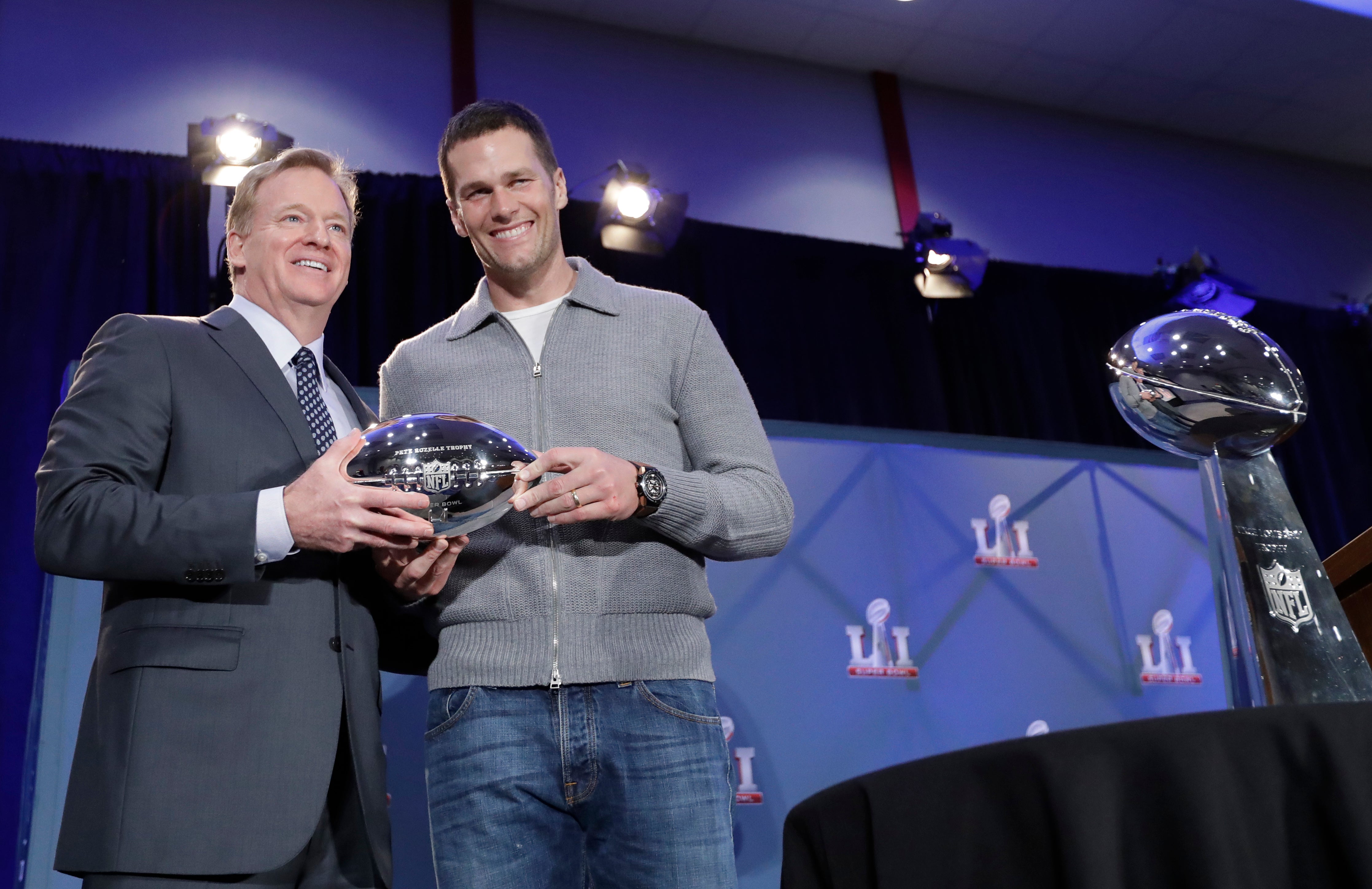 HOUSTON — Tom Brady doesn’t want to talk about “Deflategate.” He’d rather reflect on a night he will never forget and how much it meant to his mother.

The New England quarterback spoke Monday hours after he won his fifth Super Bowl ring and fourth MVP trophy. He called the 34-28 overtime victory over the Atlanta Falcons a “hell of a game” for his mother, who has been dealing with an undisclosed health issue and was not able to attend any other games this season.

“All families go through challenging times personally. But she has a lot of support and a lot of love. I’m just happy last night to be able to celebrate with her.”

What was missing from the celebration was Brady’s game jersey, which he said disappeared from the locker room. Texas’ lieutenant governor asked the Texas Rangers to help Houston police look for the jersey.

Brady joked that he expects to spot it soon in an online auction.

He would not say whether his fifth championship meant more to him than the others because of his four-game suspension stemming from the Deflategate scandal.

Coach Bill Belichick said it would be “inappropriate” to suggest that Brady put in more effort this season for any reason.

“To insinuate that this season was somehow different, that this year he competed harder or did anything to a higher degree than anything he has in the past I think is insulting to the tremendous effort and leadership and competitiveness that he’s shown for the 17 years that I’ve coached him,” Belichick said.

Brady had another uneventful interaction with NFL Commissioner Roger Goodell during a photo with the MVP trophy.

He said teammate James White was more deserving of the award because of his three touchdowns in Sunday’s victory, including the winning 2-yard run.

Two years ago, Brady gave the truck he received for winning MVP honors to Malcolm Butler for the rookie cornerback’s game-saving interception in the Patriots’ Super Bowl win over the Seahawks.

He hinted Monday that he may not keep the next vehicle either.

“I think James White deserves it. It would be nice for him,” Brady said. “It took a real team effort. … We faced a lot of adversity this year and overcame it with a lot of mental toughness.”

That said, he is definitely keeping the trophy.

When the news conference concluded, Brady looked down and grasped the silver football and cradled it under his arm as he walked off the stage.