Abueva says Ginebra had 'help until the end' | Inquirer Sports

Abueva says Ginebra had ‘help until the end’ 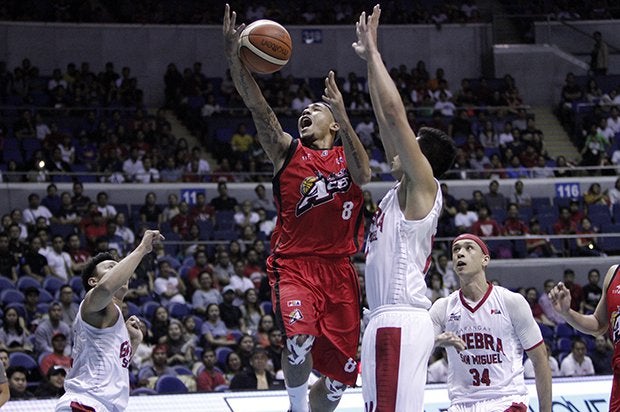 Alaska forward Calvin Abueva said that Ginebra “had help” until the end on the heels of the Aces’ quarterfinal exit in the 2017 PBA Philippine Cup.

Abueva hurriedly exited Smart Araneta Coliseum after the Aces wasted their twice-to-beat advantage with a 108-97 Game 2 defeat to Ginebra.

(Until the end, they had help. We don’t know who. But for us, we played fair.)

Abueva did not elaborate what kind of help he was talking about.

But Abueva owned up to Alaska’s faults, saying the game wouldn’t have gone to a second game if not also for the Aces’ own undoing.

Though Abueva accepted that the Gin Kings was the better team, he feels that there’s much more than meets the eye.

(We know the opponent is strong, and they’re also favored by the ones up there. We can’t do anything about it.)