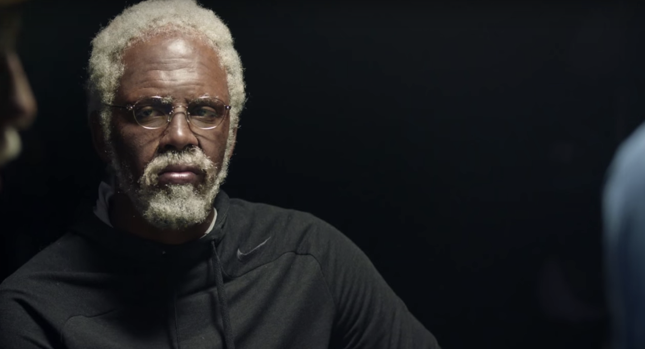 Uncle Drew is heading to the big screen.

After schooling ‘young bloods’ and teaching them to ‘not reach’ in several ads for Pepsi, the frail-looking, elderly alter-ego of Kyrie Irving will reportedly receive the Hollywood treatment and star in his own film.

Back in October, the Cleveland Cavaliers superstar point guard hinted that “something big” was coming for Uncle Drew and his equally-aging crew of ballers, and it looks like he wasn’t lying.

As it turns out, Temple Hill Entertainment, as per Variety, has acquired exclusive rights to adapt the Pepsi commercial series to a feature film.

Screenwriter Jay Longino, who pitched the idea to several producers, lauded Irving’s ability to bring to life the 70-plus-year-old man, who would show up to pick-up basketball games and school the younger generation of ballers.

“Kyrie and the team of people behind them — guys like Marc Gilbar and Lou Arbetter at Pepsi — did an incredible job of creating a character and a world that people responded to almost instantaneously,” Longino said.

“We’ve sat down together twice in the last few months. He knows the character inside and out, and just being around him when he has all the makeup on has been really informative for me,” he said. “And he’ll definitely be chiming in on what he thinks is working in the script and what isn’t.”

The original series, which spawned four episodes, showcased Irving in full face make-up and challenging ‘young bloods’ to a pick up game.

Details of how the movie might play out remain scarce, but Longino shared a rough concept of the seasoned baller entering a street ball competition, while also gathering the help of his old squad in the process.

It also remains unclear if NBA players who appeared in the series will reprise their roles in the movie, including the likes of Irving’s Cavs teammate Kevin Love, retired NBA star Ray Allen, ex-NBA player Nate Robinson and WNBA superstar Maya Moore.